'The Office' unveils never-seen footage to celebrate move to Peacock 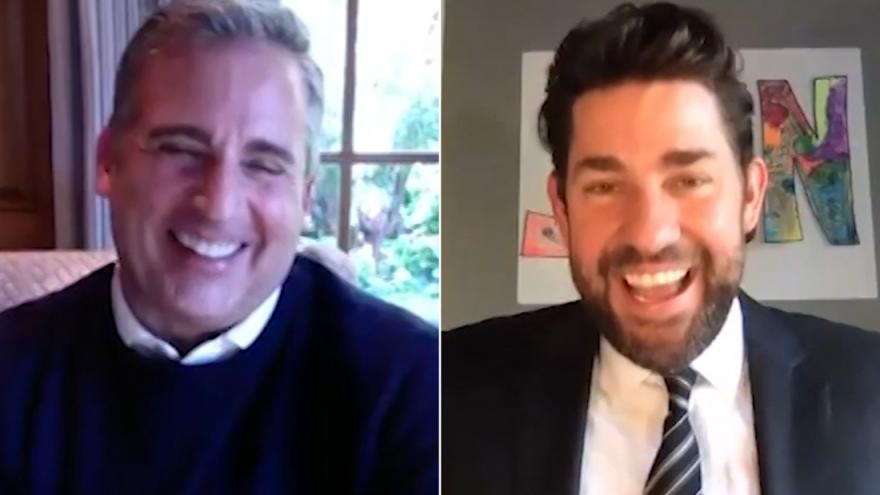 (CNN) -- One of Jim Halpert's best pranks ever has gone unseen -- until today.

To celebrate Peacock as the new home of "The Office," the streaming service on Friday shared some never-before-seen footage of the beloved sitcom, featuring Jim (John Krasinski) and Pam (Jenna Fischer) pulling off a "Matrix"-inspired prank against Dwight (Rainn Wilson).

In the scene, the pair, with help from security guard Hank (the late Hugh Dane), try to convince Dwight he's being given a chance to join an underground army to help free humankind. His decision, much like Neo's in "The Matrix," is made by choosing between two pills.

His choice surprises them all.

The new scene comes as "The Office" relocates to Peacock from its previous streaming home at Netflix.

As of January 1, all 201 episodes of the show are on the NBCUniversal-owned streaming service. The first two seasons are available for free, while seasons 3-9 require a subscription to Peacock Premium, at a price of $4.99 per month. (An ad-free experience is available for $9.99 per month.)

"Having 'The Office' back in the NBC family opens up access to a lot of extra content that we originally shot," executive producer Greg Daniels said in a statement. "The team at Peacock wanted to create the ultimate destination for fans, so I went back into the dailies with the original editors of the show and found some never-before-seen footage that was cut for time but is still fun to see."

"The Office" aired on NBC from 2005-2013. It won five Emmys during its nine-season run and a Peabody Award in 2006. It found second life and a new generation of viewers thanks to streaming and Netflix, with Nielsen estimating the show was streamed for about 52 billion minutes in 2018.