The odd connection between vaccination and 'Mary Poppins' 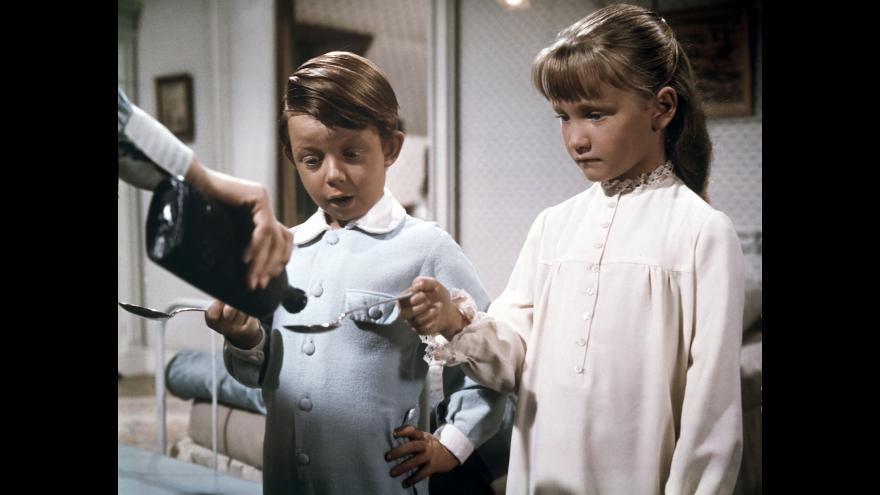 The song "A Spoonful of Sugar" from the film 'Mary Poppins' was actually inspired by the polio vaccine.

(CNN) -- "A spoonful of sugar makes the medicine go down."

The iconic song lyric from the 1964 Disney film "Mary Poppins" is a lesson in making otherwise mundane or daunting tasks more enjoyable.

But the idea for the tune actually came from a conversation the songwriter had with his young son about the polio vaccine -- and the son of that songwriter is using that nugget of film music history to emphasize the importance of trusting medical professionals during the coronavirus pandemic.

RELATED: What the polio vaccine can teach us about the Covid-19 vaccine

Jeff Sherman, whose father Robert Sherman is one half of famed songwriting duo the Sherman Brothers, told the story behind "A Spoonful of Sugar" in a recent Facebook post that has since been widely shared.

Sherman told CNN that as a child, he was afraid of getting shots and would often try to run away from the nurses who tried to administer them. So when he told his father one afternoon that he had received the oral polio vaccine at school that day, his father was surprised.

He recalled receiving the oral polio vaccine at school as a child. When he came home that afternoon, he told his father about his day.

"I told him they put it on a sugar cube and you just ate it," Sherman wrote. "He stared at me, then went to the phone and called my uncle Dick."

Unbeknownst to Sherman at the time, his father and his uncle Richard Sherman were in the process of composing music for the film "Mary Poppins" -- and had been struggling to come up with a new song. A song they wrote called "Through the Eyes of Love" had been rejected, and Walt Disney had asked the duo to give him something snappier.

Robert Sherman's conversation with his son finally gave him the catchy slogan that he and his brother needed: A Spoonful of Sugar (Helps the Medicine Go Down).

And the song now beloved by generations of children was born.

Robert Sherman has written about the same moment in his autobiography "Moose: Chapters from My Life."

The oral polio vaccine that Jeff Sherman received was made commercially available in 1961. It largely replaced an earlier injectable version that required multiple injections and because of poor oversight, caused cases of paralysis in some instances.

His anecdote illustrates how widespread the campaigns to administer polio vaccinations were in the 1960s -- and how those vaccines helped eradicate the disease by 1979.

Sherman said he was watching CNN recently when he heard a health expert discussing how some people are hesitant to take Covid-19 vaccine.

The segment reminded him of the story from his childhood, so he took to social media to urge people to trust medical experts during this current pandemic.

"For anyone I know here on FB, trust the doctors," he wrote in the post. "When the vaccine for Covid comes out, get it. We are all codependent on each other in this pandemic. Trust science and doctors and epidemiologists."

He continued, "We are a small world and we will beat this enemy if we listen to those who know. Be safe. Wear a mask. Be kind and thoughtful and considerate to your fellow man and woman. We will beat this."

Since sharing his story, Sherman said he's received numerous messages from medical professionals thanking him for helping to build trust in the vaccine.

"I've gotten so many thank yous from doctors and nurses who are just so grateful that somebody said to trust them," he told CNN. "That means everything to me."