The next extreme floods could be even worse, a new study shows. But there's a way to prevent that 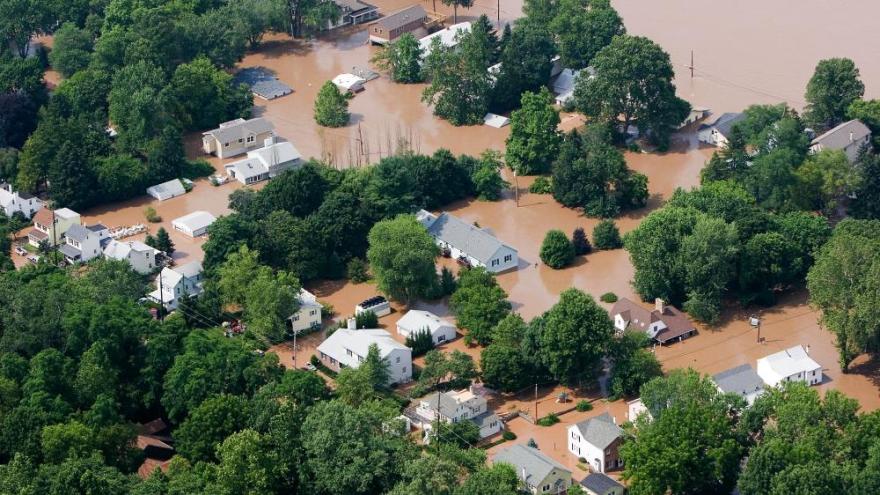 (CNN) -- While it's hard to imagine flooding more frightening than what the St. Louis area and Kentucky saw last week, new research shows that more extreme events are coming, and if the communities impacted don't build back smarter, the devastation will be worse the second time around.

The world is getting better at managing extreme weather risk and adapt to the changes brought by the climate crisis. But a study published Wednesday in the journal Nature found that climate change-fueled flooding and droughts are still getting deadlier and more expensive.

Even if a hard-hit community tries to adapt and prevent a disaster from happening again, they are likely underestimating how intense the next one will be.

"So [the efforts to adapt] are only effective to a certain point," said Laila Balkhi, a co-author of the study and project manager at the Global Institute for Water Security at the University of Saskatchewan. These places are responding to the events of the past, she told CNN, "but not necessarily the ones worse in the future."

Amir AghaKouchak, a co-author and civil engineer at the University of California at Irvine, told CNN that many parts of the country — including the St. Louis area and eastern Kentucky — are particularly vulnerable and need to make a lot of improvements to adapt to the rapidly changing climate.

"Our situation is better than many other countries in terms of investment, but still, the recent floods show that we are still very vulnerable to major extreme events," he added.

To illustrate this point, researchers pointed to two devastating floods along the Delaware River in 2004 and 2006. Both events were due to heavy rainfall that pushed the river beyond its banks and inundated surrounding areas.

In the 2004 case, remnants of Hurricane Ivan unleashed massive amounts of rain that led to widespread property damage in Pennsylvania, New Jersey and Delaware.

But another severe flood hit the same river basin in 2006 when torrential rain fell for six days straight, which exacted an even greater toll than the 2004 floods.

The two flooding events combined accounted for more than $700 million in damages.

But the researchers also showed that smart rebuilding can prevent a worse disaster the second time around.

Repeat floods on the Danube River in Germany and Austria — one in 2002 and another in 2013 — show how communities can decrease their risk, even in the face of a more intense extreme weather event.

In 2013, floodwater rushed through historic towns and water levels broke a 500-year-old record. But the destruction and death toll was limited because of the government-led changes after the 2002 flood, including an improved early warning system and investment in flood-mitigating infrastructure in both countries.

AghaKouchak said the US needs to learn from that example and implement similar measures fast, particularly as the nation's infrastructure ages.

"Our infrastructure systems are all very old, and while the US was a pioneer in developing flood infrastructure, that means a lot of the things that we built are very, very old," he said. "We have levees that are 70 years old, some 100 years old. We really have to focus on reducing our vulnerability associated with this old infrastructure."

Beth Tellman, a climate researcher at the University of Arizona who reviewed the study, noted there are also underlying social and economic barriers embedded in the fabric of urban areas that exacerbate vulnerability.

"This is like the sad story of what the implications are for a climate-changed world, which is having lots of unprecedented hazards all the time," Tellman told CNN. "We aren't learning enough from past extremes, and we're going to have to do a lot more than just improve existing risk management systems and fundamentally rethink who is exposed and who's living in harm's way and can we actually reduce that aspect of risk."

Redlining, for instance — the old US government-sanctioned effort to segregate communities of color by denying them housing loans and insurance — has led to inadequate and unfair flood-mitigation infrastructure designs in these formerly redlined communities. As a result, they tend to be more vulnerable and exposed to extreme weather.

Because of that legacy, any future risk-management strategies must center around social equity, Tellman said.

"It is the most vulnerable communities that end up buying [houses] in those locations, because land can be really cheap in floodplains because of the risk," she said. "So how are we going to think about managed retreat and relocation out of places we know are risky and real options for people to live somewhere else?"

Balkhi said it all boils down to making radical, equitable, and proactive changes, instead of reacting without a holistic approach after a disaster hits.