The NBA and players' union say no players tested positive for the coronavirus, one day before the season restarts 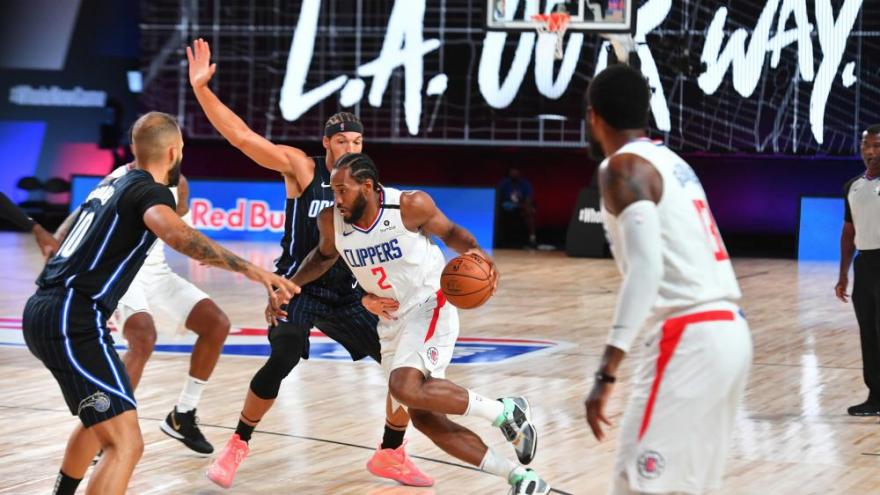 On the eve of the restart of the NBA season, the league and players' union announced that none of the 344 players tested since July 20 tested positive for the coronavirus.

(CNN) -- On the eve of the restart of the NBA season, the league and players' union announced on Wednesday that none of the 344 players tested since July 20 tested positive for the coronavirus.

Since the NBA's Disney World Resort bubble opened, only two players have tested positive, and that happened between July 7 and July 13.

The NBA appears poised for a much smoother start when it resumes play than MLB. MLB has had a rocky start to its 2020 season with a number of players across the league testing positive for coronavirus.

The Miami Marlins have had an outbreak that has forced the league to postpone the team's games through at least Sunday. At least 17 people on the team have tested positive, ESPN reported.

"We're seeing what's happening in baseball," NBA Commissioner Adam Silver told ABC. "With the Marlins especially, and it's something we track closely. Having said that, we have confidence in this protocol that we designed you referred to as a bubble. It's not actually a sealed bubble, but everyone who is on that campus is tested on a daily basis. They're taking extraordinary precautions. The only time they're not wearing masks is when they're actually playing basketball. If someone tracks positive, we track them closely and quarantine people who first come down. We think we have a plan in place that should work."

Silver said that if an outbreak occurs and it spreads around the NBA campus, he would have no issue shutting the season down.

"It's health and safety first," Silver said. "That's always been our guidepost going into this. We've worked very closely with the players association and all the teams on this, and we know it's one thing we've always pointed out: it's about relative safety at this point."

The NBA is set to restart the 2019-2020 season on Thursday at the Walt Disney World Resort near Orlando, Florida, with a TNT doubleheader: Utah Jazz vs. New Orleans Pelicans and Los Angeles Clippers vs. Los Angeles Lakers.

Twenty-two of the league's 30 teams will take part in the season restart.