The National Zoo confirms its new baby panda is a boy 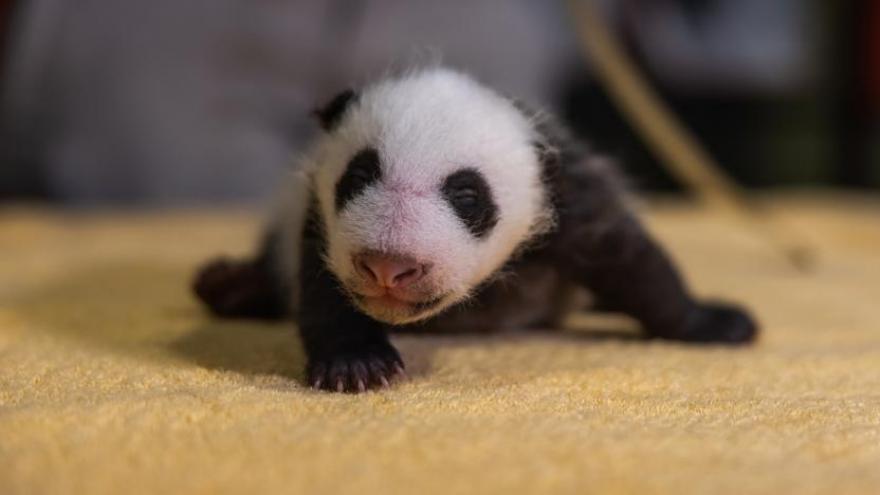 It's a boy! The Smithsonian National Zoo just confirmed the sex of its newest panda.

(CNN) -- The 6-week-old giant panda at the Smithsonian's National Zoo is a boy.

The sex was announced after obtaining a DNA sample from the cub at his first veterinary exam September 19, the zoo said in a news release. Scientists at the Smithsonian Conservation Biology Institute determined that a swab sample taken by the zoo's veterinarians confirmed the cub is a male.

During his most recent exam on October 1, veterinarians said the cub weighed 3.6 pounds and measured 14 inches from nose to tail tip. They also confirmed he is healthy and strong, and his eyes are starting to open.

The zoo said it had the cub's father, Tian Tian (tee-YEN tee-YEN), "paint" an image to reveal the sex to the giant panda keepers and fans online.

This cub is Mei Xiang's fourth surviving cub. Her other three live in China.

The zoo has encouraged the public to watch the panda family and the new cub on its 24-hour panda cam.