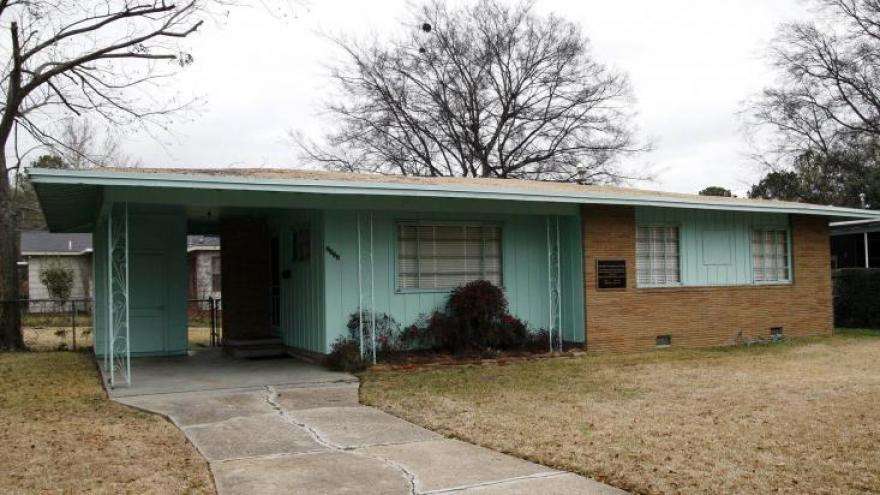 The home of Medger and Myrlie Evers in Jackson, Mississippi, is now a national monument.

The Medgar and Myrlie Evers Home National Monument in Jackson is the 423rd unit of the National Park System, Interior Secretary David Bernhardt announced on Thursday.

The monument "commemorates the legacies of two civil rights activists who, from their modest, 3-bedroom ranch home, devoted their lives to ending racial injustice and improving the quality of life for African Americans," according to a Department of the Interior press release.

Evers was gunned down in his driveway on June 12, 1963, during the height of the civil rights movement. He was 37 years old. Byron De La Beckwith was convicted in 1994 of his murder after two previous trials in 1964 ended in hung juries. Beckwith died in prison in 2001.

The couple's two surviving children said they were pleased with the declaration.

"Our parents sought justice and equality for all Mississippians and knew such change locally would impact globally. Living a life of service, our parents didn't make sacrifices for accolades or awards," Reena and James Van Evers said in the statement.

The house is "still serving as a reminder of our divided past and an educational tool to bring knowledge, excellence, and positive participation to all who visit to study icons in American history: our parents, Medgar and Myrlie Evers."

Bernhardt said it was an honor to establish the house as a monument.

"Medgar Evers was a true American hero who fought the Nazis at Normandy and fought racism with his wife Myrlie on the home front," Bernhardt said.

"It is our solemn responsibility as caretakers of America's national treasures to tell the whole story of America's heritage for the benefit of present and future generations."

The park service acquired the home by conveyance from Tougaloo College, a historically Black college that operated the home as a museum and offered tours by appointment for nearly 25 years.

"We are honored to partner with the National Park Service to advance the legacy of Medgar and Myrlie Evers and preserve their home, both of which are significant to the Civil Rights Movement in Mississippi. The monument will be important to the study and understanding of the civil rights struggle," said Carmen J. Walters, president of Tougaloo College.