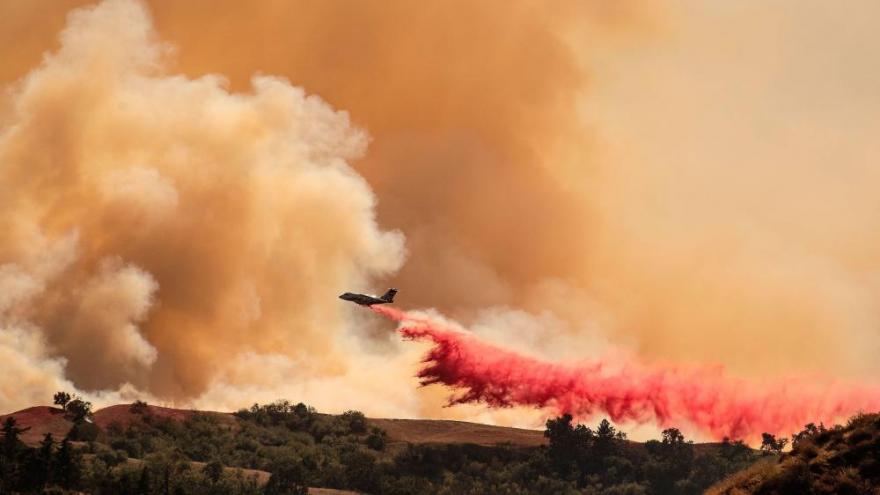 Investigators now know where the mammoth Saddle Ridge fire started. They just don't know how. The blaze, which has torched more than 8,300 acres, started in a 50 feet by 70 feet area under a high-voltage transmission tower, the Los Angeles Fire Department said. As of Monday night, it was 44% contained.

The blaze, which has torched more than 8,300 acres, started in a 50 feet by 70 feet area under a high-voltage transmission tower, the Los Angeles Fire Department said.

But the cause of the fire remains undetermined, LAFD said Tuesday.

The inferno is still raging, with only 52% containment as of Wednesday night.

"Investigators continue to work around the clock in steep terrain, thoroughly examining all aspects of the scene in an attempt to determine a cause," LAFD spokesman Nicholas Prange said.

About 100,000 people were forced to evacuate, but all evacuation orders have been lifted.

The wildfire has destroyed at least 17 structures and damaged 77 others, LAFD said.

The fire started around 9 p.m. Thursday near Yarnell Street and Saddle Ridge Road in Sylmar, "which quickly spread westward in the northern part of Los Angeles," said Sally Jeun, another SCE spokeswoman.

Jeun would not confirm whether the high-voltage transmission tower near the fire's origin is owned by SCE.

She said utilities are required to report any incident that involves a fatality, damage in excess of $50,000, significant media interest or a major outage to at least 10% of the service area at any one time.