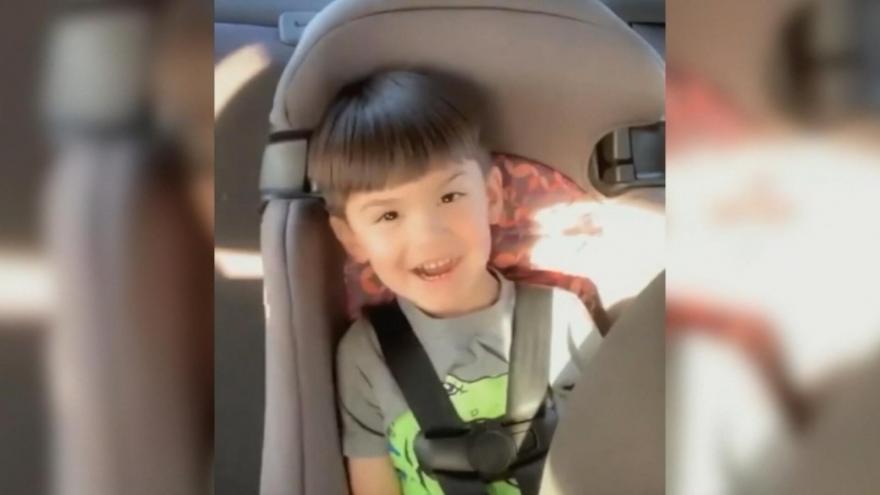 Prosecutors outlined what led to 6-year-old Aiden Leos' death in newly-filed court documents in the case, as well as the startling events that followed.

(CNN) -- The couple alleged to be involved in a Southern California road rage incident last month that ended in the fatal shooting of 6-year-old Aiden Leos pleaded not guilty in court Friday.

Calling Eriz's alleged conduct of "great concern" for public safety, Judge Larry Yellin ordered Eriz to be held without bail, citing the defendant's "alarming" actions during and after the shooting.

"It seems to me Mr. Eriz is a complete danger to the community, to society," Yellin said.

Lee will remain in custody with bail set at $500,000. An additional bail hearing is scheduled for June 25 following a background evaluation, which will analyze where she will live and work after posting bail.

A pretrial hearing for the pair is set for August 27.

Eriz's attorney had no comment on the case. Calls to Lee's attorney were not immediately returned.

In a bail motion obtained by CNN earlier this week, prosecutors alleged Eriz and Lee cut off Aiden's mother, Joanna Cloonan, as she was driving him to kindergarten.

The details come a little more than a week after authorities announced the arrest of the two as suspects in the shooting.

The bail motion says Lee was driving in the HOV lane behind her, veered out of the lane and sped in front of Cloonan's car, "cutting them off, and almost hitting" her vehicle. Lee gestured a peace sign and continued driving.

A few miles down the road, when Cloonan was preparing to merge onto another freeway, she passed Lee's vehicle.

"As she passed the Defendants in the Volkswagen, she was still angry about being cut off and she put up her middle finger at the two as she passed," the motion says.

After changing lanes, Cloonan "heard a loud bang to the rear of her vehicle, and heard her little boy in the backseat say 'Ow,'" according to the motion.

She immediately pulled over and saw that her son had a bleeding wound to his chest, the document says. Good Samaritans came to help her while she called 911.

The young child was pronounced dead at a hospital a short time later.

The motion says Eriz admitted to police he was in the vehicle driven by Lee and was angry after being "flipped off" by Cloonan, so "he grabbed his loaded Glock 17 9mm and racked a round."

"He then rolled the passenger window down and took a shot at her vehicle," it says.

Eriz brandished a gun at another driver, bail motion says

Days later, the couple was again on the road, with Lee driving and Eriz as the passenger. A driver in a blue Tesla did something that made Eriz angry and he again took out his gun and "brandished it to the driver of the Tesla," the motion says.

That driver told the couple he had called police and drove away.

A week after the child's shooting, a coworker approached Eriz and told him their car looked like the one police were looking for, according to the motion.

"Eriz claims that at that time, he looked on the internet and saw the story about Aiden Leos' death. He said he 'immediately' knew he was responsible for the boy's death," the motion says.

After telling Lee about Leos' death, Eriz hid Lee's car in a relative's garage and the two did not drive it again, according to the motion. In early June, Eriz changed his appearance by shaving his "substantial beard" and began to wear his long hair back in a tie, the motion says.

In the filing, Deputy District Attorney Whitney Bokosky urged the court to hold Eriz without bail, calling him a danger to the public.

"He has shown that he cannot control his temper and he goes to extremes in the snap of a finger when he is angered," she wrote.

Eriz has multiple weapons in his possession and his social media posts show that he is a "skilled shooter," Bokosky added.