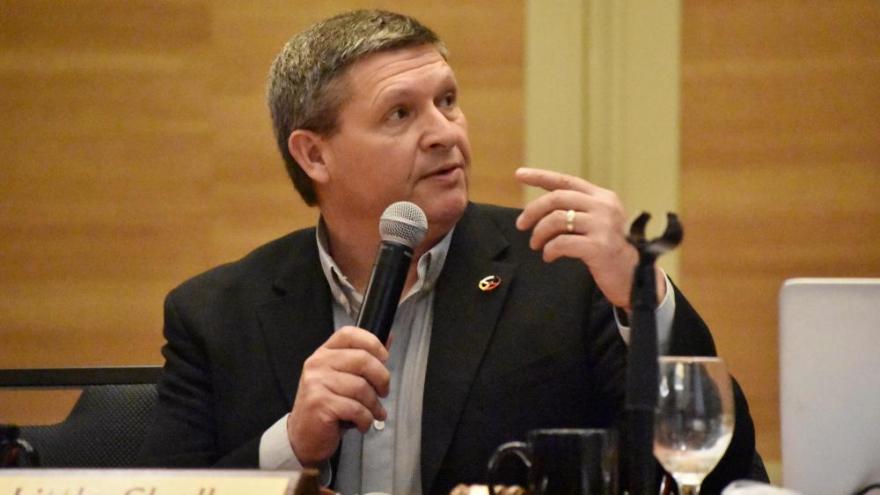 The recogniton for the Little Shell Tribe of Chippewa Indians is a result of an amendment that Montana legislators put into an annual defense authorization bill. The U.S. Senate passed the bill Tuesday by a vote of 86-8.

(CNN) -- After decades of trying, a group of Native Americans will receive federal recognition for the first time.

The recogniton for the Little Shell Tribe of Chippewa Indians is a result of an amendment that Montana legislators put into an annual defense authorization bill. The U.S. Senate passed the bill Tuesday by a vote of 86-8.

President Donald Trump has said he would sign the bill.

"Our ancestors are smiling today because this fight is over," tribe Chairman Gerald Gray said Tuesday. "The Little Shell Tribe can now continue forward in ensuring that our future generations will thrive and that our traditions and cultural values never disappear."

The Little Shell Tribe, with more than 5,000 members across Montana, has pursued federal recognition since at least the 1930s, and now stands to join the more than 570 other tribes as being recognized by the federal government.

This means the U.S. government will buy and set aside 200 acres that will serve as a reservation managed by the tribe. Members will also have access to certain health benefits and other social services that other federally recognized tribes receive.

The tribe has said some of its members descended from followers of Chief Little Shell of the late 1800s. The tribe argued, in part, that he and his followers were forced off a reservation after he refused to join other tribal leaders in signing an 1892 agreement ceding territory to the United States for compensation.

Sen. Jon Tester, D-Montana, had tried to get the tribe recognized every Congress since 2007. Most recently, he has receive help from his fellow Montana legislators Sen. Steve Daines and Rep. Greg Gianforte, both Republicans.

"We're at the finish line: The Little Shell Tribe has fought for more than a century to claim their rightful place as a sovereign nation, and for the last 12 years I've been honored to work alongside them to get it done," Tester said Tuesday.

Daines said Tuesday's passage of the bill made for a historic day.

"For far too long, Congress kicked the can down the road and failed to federally recognize Little Shell," he said.