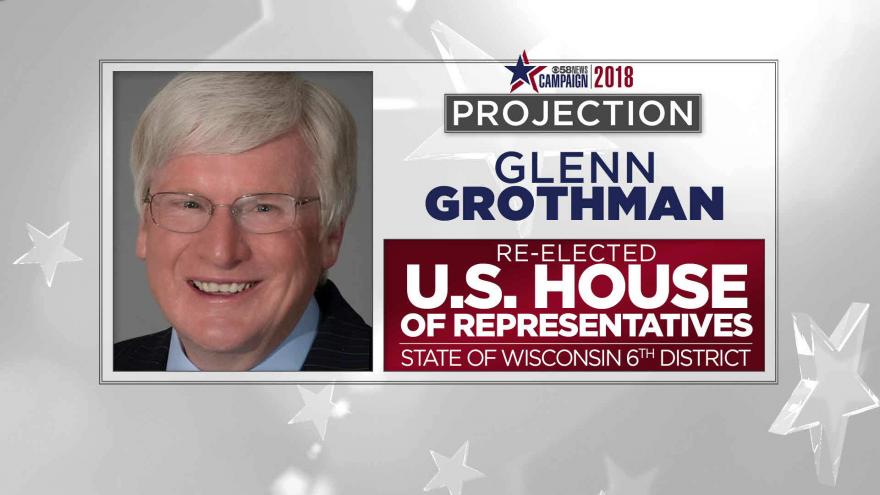 MILWAUKEE (AP) — Republican U.S. Rep. Glenn Grothman has beat Democrat Dan Kohl to hold onto a district that's been in GOP hands since the 1960s.

Grothman won the 6th Congressional District race Tuesday despite concerns that heavy Democratic turnout would provide Kohl the boost he needed for an upset. In the end, the heavily Republican district proved too much for Kohl to overcome.

Grothman had said this would be the toughest race he ever faced. He's never lost an election during his 24 years in Wisconsin politics, which include stints in the state Assembly and state Senate.

Kohl is a nephew of former U.S. Sen. Herb Kohl.

The candidates clashed over health care and the benefits of the Republican tax plan passed last year.