The Latest: Walker takes no position on immigration bill 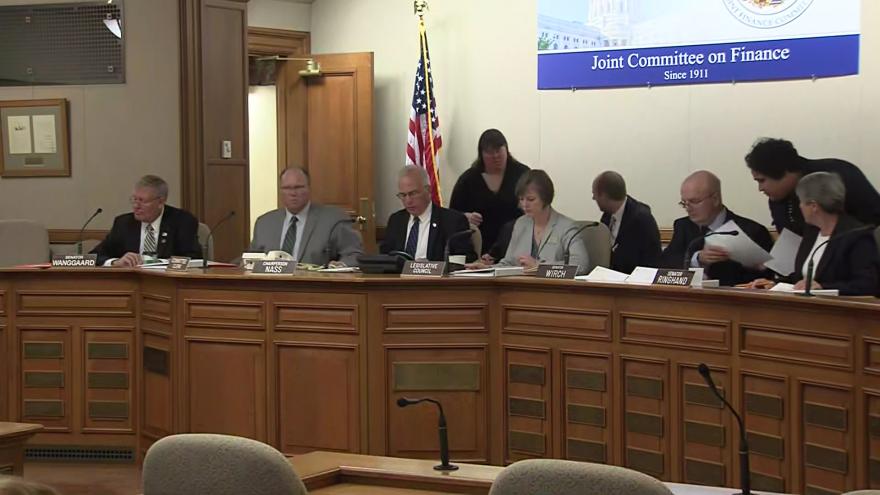 Gov. Scott Walker isn't saying whether he supports a bill in the Wisconsin Legislature that would prohibit "sanctuary cities" for immigrants in the country illegally.

Walker spokesman Tom Evenson said Thursday that the governor will evaluate the Republican sponsored bill should it pass. A Senate committee was holding a hearing on the measure after it failed to pass last year.

Hundreds of people from around the state packed the hearing room, Capitol hallways and overflow rooms to register their opposition to the measure.

Republican leaders in the Senate and Assembly did not immediately return messages on whether they back the bill.

Hundreds of opponents of a Republican proposal prohibiting "sanctuary cities" for immigrants in Wisconsin have flooded the state Capitol for a public hearing.

Numerous groups have also registered against the measure up for a hearing Thursday in a Senate committee. No one had registered in support in advance of the hearing.

The move to crack down on "sanctuary cities" in Wisconsin comes as President Donald Trump is calling on Congress to take action to stop them nationwide. The U.S. Justice Department listed Milwaukee County as one of 10 locations it was scrutinizing to determine if they should lose some federal grant money for failing to prove they are adhering to federal immigration law.

Opponents of a Republican proposal prohibiting sanctuary cities for immigrants were descending on the state Capitol from around Wisconsin to speak out at a public hearing.

A state Senate committee was holding a hearing Thursday on the measure that died last session under a wave of opposition from immigrant rights advocates and others.

The bill by Republican Sen. Steve Nass would prohibit local governments from enacting any ordinances, resolutions or policies that would prevent federal immigration laws from being enforced.

Supporters call it a common sense proposal to protect Wisconsin citizens and those visiting the state. Opponents say it will give sweeping powers to local law enforcement and public employees to interrogate, arrest, and deport immigrants.

Opponents planned to bus in from Green Bay, Manitowoc, Milwaukee and Waukesha.