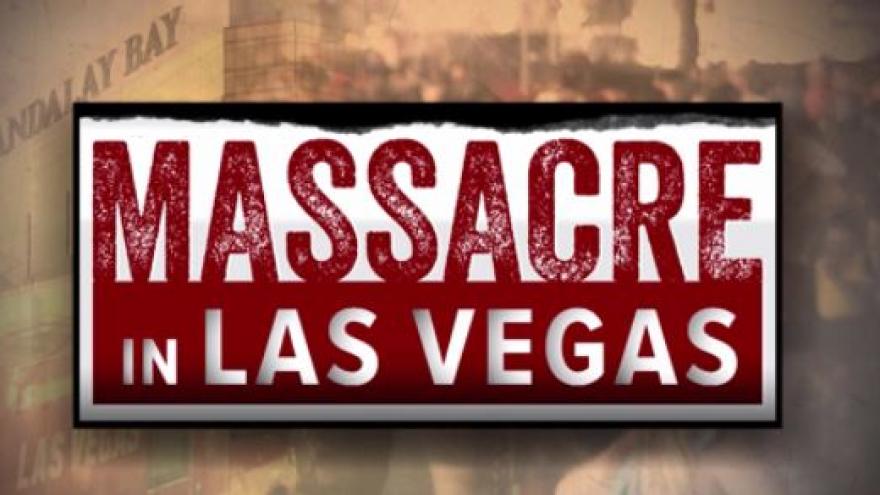 LAS VEGAS (AP) — The Latest on the mass shooting in Las Vegas (all times local):

A Filipino official says Las Vegas gunman Stephen Paddock traveled at least twice to the Philippines, where his girlfriend was born.

The official said Paddock visited the Philippines in 2013 and 2014, around his birthday, staying for five to six days on both occasions. There were no immediate details available about those trips.

The Filipino official was not authorized to discuss the trips publicly and spoke on condition of anonymity.

Immigration documents show Marilou Danley had been abroad for weeks and was in the Philippines on Sunday when Paddock opened fire on a crowd, killing 59.

Employees at two Las Vegas hotels temporarily were using handheld metal detectors to examine bags in response to a man who had opened fire on an outdoor concert from a suite in a different hotel Sunday.

Both resorts are managed by casino magnate Steve Wynn. A spokesman for the hotels tells the newspaper that it initiated the screenings early Monday when police didn't know if there were multiple shooters involved in Sunday night's attack. The spokesman says they've returned to the practice of only scanning bags and guests when they "believe the need arises."

Beefed up security procedures are continuing throughout the resorts.

The Australia-based sisters of Las Vegas gunman Stephen Paddock's girlfriend say they believe Paddock sent her away so she wouldn't interfere with his plans to go on a shooting rampage.

Marilou Danley's sisters were interviewed by Australia's Channel 7 TV network with their faces obscured and their names withheld. They said they were surprised to learn Danley had gone to the Philippines two weeks ago.

One sister tearfully said: "I know that she don't know anything."

The woman said Danley is "a good person" who would've stopped Paddock had she been there.

A nephew of Stephen Paddock's girlfriend says he's stunned by the actions of the Las Vegas gunman and didn't even know that Paddock was interested in guns.

Jordan Knights' aunt is Marilou Danley, a 62-year-old who recently returned to the United States from a weekslong trip abroad. The Australian man says he spent time in Las Vegas with Paddock and Danley just a few months ago.

Knights told Australia's Channel 9 from his home near Brisbane, "It seemed like he just looked after my aunty and that was it."

The 23-year-old said he didn't give Paddock another thought until he was identified as the gunman who killed 59 people and wounded more than 500 on Sunday.

He said that Paddock "didn't seem like he was the type of guy to do that."

The investigation of a gunman who killed 59 people at a Las Vegas concert now shifts to his girlfriend, who has returned to the United States from the Philippines.

Sheriff Joseph Lombardo says investigators are hoping to get some insight from Marilou Danley on why her boyfriend Stephen Paddock opened fire on a concert crowd from a high-rise hotel room.

Danley had been out of the country for weeks before the shooting. A law enforcement official says she arrived on a flight from Manila to Los Angeles where FBI agents were waiting for her late Tuesday night.

The official wasn't authorized to publicly discuss the matter and spoke to The Associated Press on condition of anonymity.

On Wednesday, President Donald Trump is set to arrive in Las Vegas to meet with public officials, first responders and some of the 527 people injured in the attack.