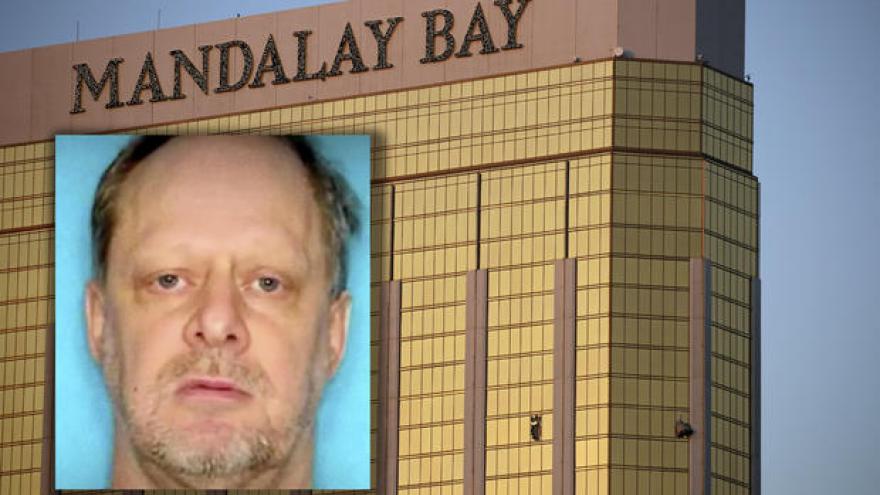 A preliminary report about the shooting says Paddock searched for outdoor concert venues, the number of attendees at other concerts in Las Vegas and the number of people who go to the beach in Santa Monica, California.

The report also says Paddock also searched for information about several other hotels in Las Vegas.

Lombardo says he does not expect charges to be filed against Paddock's girlfriend, Marilou Danley, who had been previously called a person of interest in the case.

With questions still unanswered about the shooter's motive and whether he had help, Las Vegas police are due to provide a public update Friday about the investigation of the Oct. 1 shooting that left 58 people dead and hundreds injured on the Las Vegas Strip.

Clark County Sheriff Joe Lombardo's briefing comes three days after a lawyer for the police department asked a Nevada state court judge to keep search warrant documents sealed because charges are still being investigated. The judge agreed to wait until at least next week.

A department spokeswoman said criminal charges could relate to items discovered in the service of warrants at homes, vehicles, cellphones, internet and email accounts belonging to the shooter, Richard Paddock, and his girlfriend, Marilou Danley.

Lombardo is the elected head of the metropolitan police department. His last media briefing about the worst mass shooting in modern U.S. history was Oct. 13, following several days of shifting timelines and accounts. The sheriff has expressed frustration about speculation and theories that have grown about the shooting and an investigation that he compared with solving a puzzle.