'Gunfire' sparks panic in London, but police find nothing 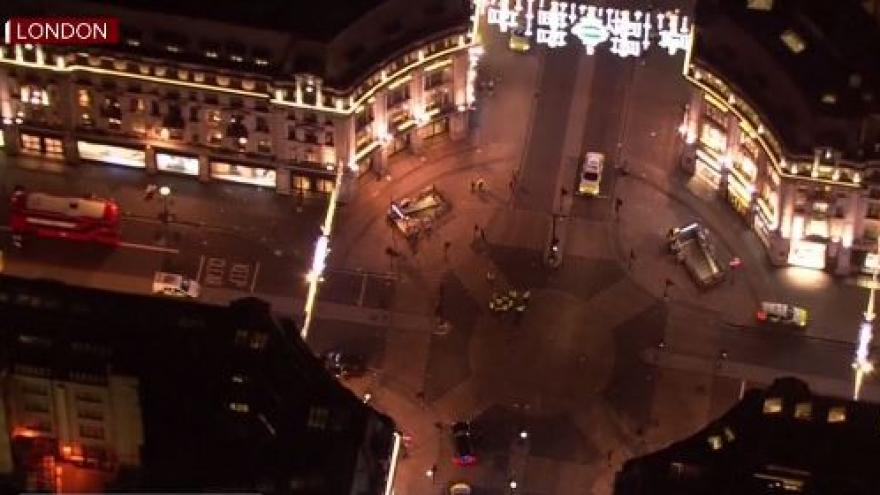 But an hour later police said they had found no sign of any gunshots, suspects or casualties.

The panic erupted on one of the busiest shopping days of the year, in a jittery city that has been hit by four violent attacks this year.

Amid reports of several shots being fired, commuters and shoppers ran from Oxford Circus station and took shelter in nearby stores.

"I was next to the Tube station and everyone started screaming and shouting and then a flood of people came up the stairs," said Greg Owen, 37.

Police said they were responding "as if the incident is terrorist-related," sending armed officers to the scene, cordoning off several blocks and telling people to avoid the area.

Some stores filled with people taking shelter; others were evacuated. At upmarket department store Selfridges, shoppers were ordered to leave. At least three heavily armed men believed to be police could be seen on the escalators inside.

About an hour after the first report of shots, the Metropolitan Police force said officers "have not located any trace of any suspects, evidence of shots fired or causalities." Oxford Circus subway station reopened soon afterward.

It is not yet clear what set off the panic.

British Transport Police said one woman suffered a minor injury while leaving the station. The force, which patrols the train and subway network, said it was investigating what had caused the initial report of shots inside the station.

After declaring the incident over, the Metropolitan Police said that "given the nature of the information received, the Met responded in line with our existing operation as if the incident was terrorism, including the deployment of armed officers."

Kensington Palace officials said the security alert will not keep Prince William and his pregnant wife Kate from attending a Royal Variety Performance Friday evening at the nearby London Palladium. Officials said in a statement that the royal couple will arrive later than had been planned but should be in place by the start of the show.

Britons in general and Londoners, in particular, have been jumpy after a string of extremist attacks this year, including deadly attacks using vehicles to hit pedestrians on Westminster Bridge, London Bridge and outside a London mosque.

The city of Manchester was also traumatized by a bombing at a concert arena, which killed 22 people.