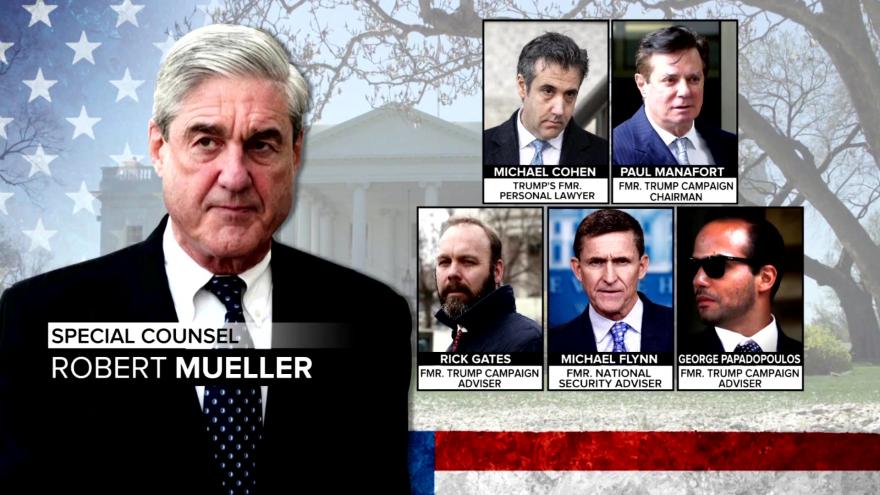 WASHINGTON (AP) — The Latest on the special counsel's Russia investigation and President Donald Trump's views on it (all times local):

President Donald Trump says his legal team has already drafted a rebuttal to any report issued by the special counsel in the Russia investigation.

Trump took to Twitter on Friday to say his legal team is preparing to counter special counsel Robert Mueller's findings on whether the Trump campaign coordinated with Russian election interference.

The Republican president says his team's report is 87 pages so far. But he says it won't be complete until Mueller issues his report.

Manafort has said he believes he provided "truthful information."

President Donald Trump is marking what's expected to be a busy day for special counsel Robert Mueller's Russia investigation by launching a Twitter broadside against the prosecutor and his team.

Trump has made little secret of his frustration with the swirling probe into Russian election interference and potential misdeeds committed by those in his orbit and is seeking to undermine the legitimacy of Mueller's investigation.

Trump tweets: "Robert Mueller and Leakin' Lyin' James Comey are Best Friends, just one of many Mueller Conflicts of Interest."

Robert Mueller is set to reveal more details about his Russia investigation as he faces court deadlines in the cases of two men who worked closely with President Donald Trump.

The special counsel and federal prosecutors in New York will have to file memos in court on Friday detailing the cooperation of longtime Trump legal fixer Michael Cohen. And Mueller's team will also be disclosing what they say former Trump campaign chairman Paul Manafort lied about when his plea deal fell apart last month.

Cohen and Manafort are among five former Trump associates who prosecutors have accused of lying either to federal investigators or to Congress.

The court filings will close out a busy week for Mueller as the president has heightened his attacks on the investigation.