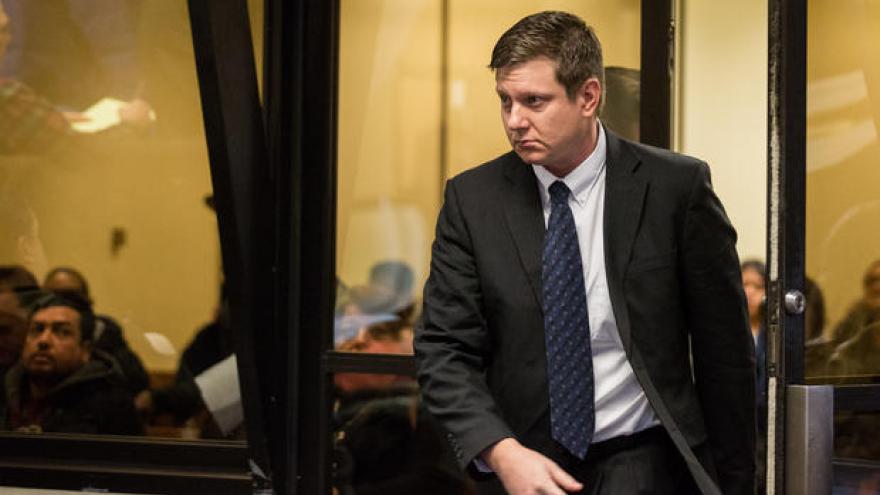 Van Dyke was charged with first degree-murder in the October 2014 killing, a charge that requires a finding that the shooting was unnecessary and unreasonable. The judge told jurors the second-degree charge was also available, requiring them to find Van Dyke believed his life was in danger but that the belief was unreasonable.

The jury announced the verdict Friday. It's the first time in half a century that a Chicago police officer has been convicted of murder for an on-duty death.

McDonald was carrying a knife when Van Dyke fired 16 shots into the 17-year-old as he walked away from police.

Second-degree murder usually carries a sentence of less than 20 years.

Jurors have reached a verdict in the trial of a white Chicago police officer charged with murder in the shooting of black teenager Laquan McDonald.

The verdict will be announced at 1:45 p.m. Central Time.

Jurors deliberating in the trial of a white Chicago police officer charged with murder in the shooting of black teenager Laquan McDonald have asked a question about aggravated battery charges the officer faces.

One possibility is that the jurors were considering whether to attach specific counts to specific wounds.

A judge has decided against taking a Chicago police officer on trial for murder into custody for being late to a court hearing.

The judge was angry after Jason Van Dyke showed up late to a Thursday evening hearing after jurors began deliberating.

The white officer is charged with murder, aggravated battery and official misconduct for shooting black teenager Laquan McDonald in 2014. He's been free on bond.

Judge Vincent Gaughan held a hearing Friday to consider revoking Van Dyke's bond. Defense attorney Dan Herbert told the judge that Van Dyke's tardiness was because he was dealing with a threat to one of his daughters.

He says some students at his daughter's high school were "walking around asking, 'Which one is Jason Van Dyke's daughter because we are going to get her?"

The city of Chicago is watching closely for word of a verdict in the case of a white Chicago police officer charged with murder in the 2014 shooting of black teenager Laquan McDonald.

The jury determining Officer Jason Van Dyke's fate is expected to continue deliberations Friday after starting them on Thursday afternoon.

The Chicago Police Department has canceled days off and put officers on 12-hour shifts. A police spokesman says an extra 4,000 officers will be on the street.

The city saw protests after video of the shooting was released in 2015, and activists have been planning how they might react to a verdict.

Prosecutors contend the shooting was unjustified and that Van Dyke was planning to shoot the teen before getting out of his squad car. Defense attorneys said Van Dyke reacted properly to the knife-wielding teen.