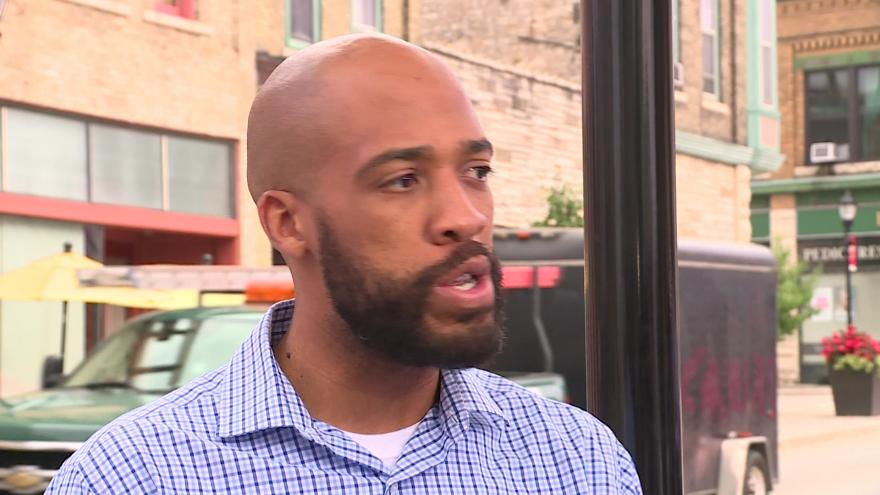 Vel Phillips was the first black person elected to statewide office in 1978. She served as secretary of state for one term.

Barnes won an August primary and that paired him with Evers, who also survived a primary.

The 31-year-old Barnes is a former state representative from Milwaukee. He joked about the difference in age with Evers, who is more than twice as old as him at 67. They called themselves the "Tony and Mandela Show" on the campaign trail, working to engage younger voters through stunts like live streaming their drive to a news conference.

Wisconsin Gov. Scott Walker's campaign is alleging that "thousands of ballots were damaged and had to be recreated" in the election that saw Democrat Tony Evers score a narrow victory.

Walker campaign spokesman Brian Reisinger says until the ballots can be examined, there is no way to judge their validity.

Reisinger also says that Walker wants to see the official canvas of the vote and for military ballots to be counted "before any decision can be made."

Counties have until 9 a.m. Tuesday to canvas the vote.

While Walker looked for a way to escape the loss, Democrats exalted.

Evers told exuberant supporters at a Madison theater that he was "confident" in saying, "I'm going to be the next governor of the state of Wisconsin."
------
2:07 a.m.

For the first time in nearly a decade, Wisconsin will have a new governor.

Elsewhere, Democrats came up short in their hopes of taking the state Senate. And a bitter attorney general race between incumbent Republican Brad Schimel and Democrat Josh Kaul was too close to call.

Wisconsin's race for governor is shaping up to be the tightest in more than 50 years.

Republican Gov. Scott Walker and Democratic challenger Tony Evers are neck and neck with 93 percent of precincts reporting. The lead has been flipping back and forth through the night as more votes are counted. The lead has been as small as a couple hundred votes.

The last time a governor's race was decided by less than 1 percentage point was in 1960, when the winner had just under 12,000 more than his opponent.

There is no automatic recount in Wisconsin. But if the loser is within 1 percentage point, he can request a recount.

There are still approximately 45,000 absentee, mail votes, and a few from Wauwatosa centralized voting that need to be counted for the city of Milwaukee.

According to the Elections Director for Milwaukee County, the ballots are expected to be counted in the next 30 minutes.