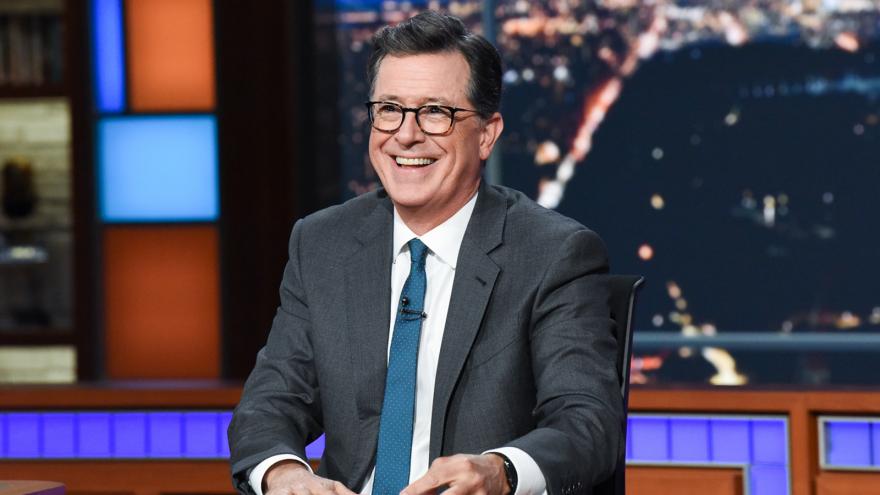 (CNN) -- The Ed Sullivan Theater has been silent since March of 2020. Next month, that's all going to change.

"The Late Show with Stephen Colbert" will welcome back a full audience on June 14. It will be the first time in more than a year that the show will be filmed in front of a live audience, CBS announced on Monday.

The show said that the crowd will be vaccinated.

"Over the last 437 days, my staff and crew (and family!) have amazed me with their professionalism and creativity as we made shows for an audience we couldn't see or hear," Colbert said in a statement on Monday. "I look forward to once again doing shows for an audience I can smell and touch."

The return of a live audience to Ed Sullivan Theater is a big moment for late night TV.

Not only does the theater house the largest audience of any of the late night shows (its capacity is 400 people), but the return of an audience seemingly closes an era in late night TV that had hosts like Jimmy Kimmel and Seth Meyers, as well as "Saturday Night Live," find ways to put on remote shows during the pandemic.

This was especially the case for Colbert, who was the first host back after the pandemic hit in March of 2020. The host famously returned to the airwaves by doing a monologue from his bathtub.

Since then, the show has done a remote production from South Carolina and the offices of the theater. Overall, "The Late Show" produced 205 episodes remotely, according to CBS.

"The Late Show" added on Monday that the plan to return to the theater is "consistent with New York State's adoption of the CDC guidelines for fully vaccinated individuals and has been reviewed by the State."

Face masks will be optional for those in attendance.