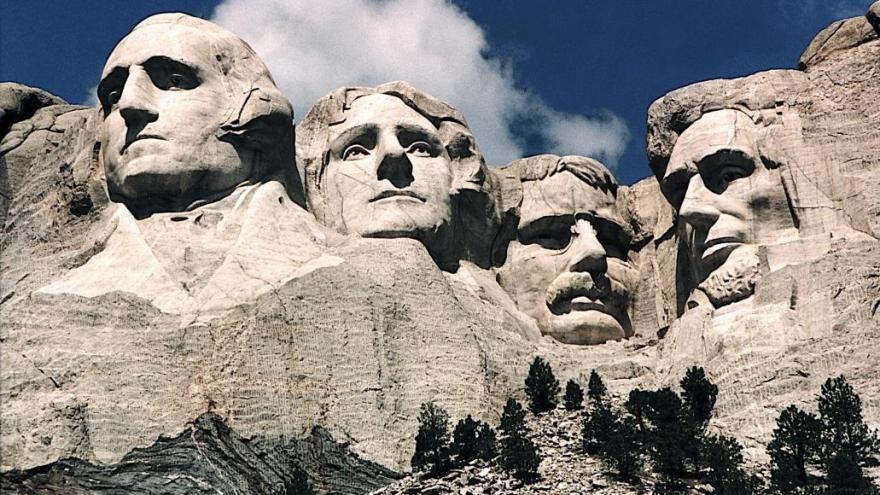 This June 1995 photo shows Mt. Rushmore, in Keystone, South Dakota. The last living carver on one of the nation's most notable landmarks celebrated his 98th birthday.

(CNN) -- The last living carver on one of the nation's most notable landmarks celebrated his 98th birthday on Monday in Keystone, South Dakota.

Nick Clifford was one of nearly 400 men and women who helped build the Mount Rushmore National Memorial.

But for the last 12 years, Clifford has been the only one still alive.

"They're all gone now. I'm the last one so I'm happy that my health is good, and I plan on living to quite a while yet," Clifford told CNN affiliate KOTA.

Friends and family came from around the country to celebrate the milestone birthday and appreciate his hard work.

"I've been in love with Mt. Rushmore since I came here when I was 6," Murita Marty told KOTA.

She's a friend of the Clifford's who traveled from Arizona to help them celebrate.

"So the idea that I got to meet someone who created this mountain, to me, was just like I met a rockstar," she said.

Clifford and his wife Carolyn have been married for 45 years and she said he's still leaving his mark.

"He's been a wonderful man. He's very kind and generous, and somewhat shy," she told KOTA. "You wouldn't know that since he's in the public, but he enjoys what he's doing a lot."

Carolyn told KOTA somebody else was going to write a book about Clifford, but they decided to publish one on their own instead. She asked the questions and he answered them.

Now, they sign copies of the book for the visitors at Mount Rushmore.

The iconic sculpture features the 60-foot heads of Presidents George Washington, Thomas Jefferson, Theodore Roosevelt and Abraham Lincoln. The four presidents were chosen by artist and sculptor Gutzon Borglum to represent the birth, growth, development, and preservation of the United States.