The Juneteenth flag is full of symbols. Here's what they mean 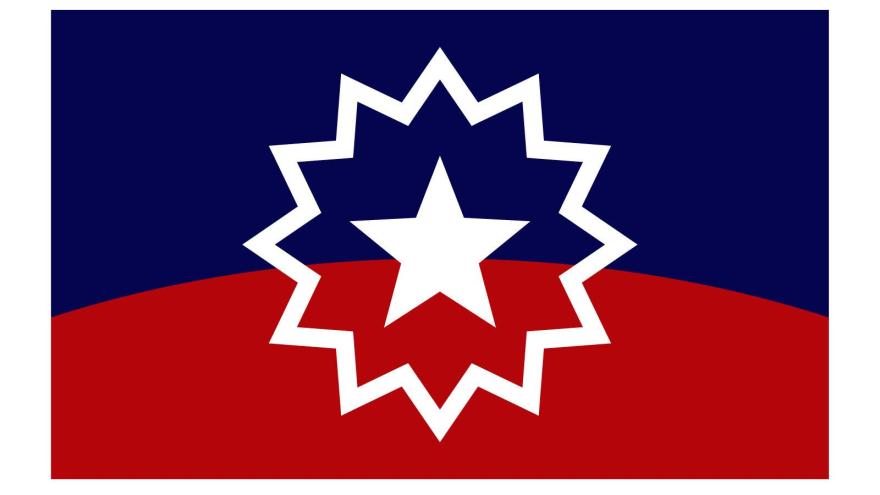 You might see another red, white and blue flag flying over state capitols and city buildings. That banner with a bursting star in the middle is the Juneteenth Flag, a symbolic representation of the end of slavery in the United States.

By Harmeet Kaur, CNN Design by Will Mullery, CNN

(CNN) -- You might see another red, white and blue flag flying this weekend over state capitols and city buildings.

That banner with a bursting star in the middle is the Juneteenth Flag, a symbolic representation of the end of slavery in the United States.

The flag is the brainchild of activist Ben Haith, founder of the National Juneteenth Celebration Foundation (NJCF). Haith created the flag in 1997 with the help of collaborators, and Boston-based illustrator Lisa Jeanne Graf brought their vision to life.

The flag was revised in 2000 into the version we know today, according to the National Juneteenth Observation Foundation. Seven years later, the date "June 19, 1865" was added, commemorating the day that Union Army Maj. Gen. Gordon Granger rode into Galveston, Texas, and told enslaved African Americans of their emancipation.

For two decades now, communities around the country have held flag-raising ceremonies on Juneteenth in celebration of their freedom.

"This country has so many aspects to it that are spiritual, and I believe this flag is of that nature," Haith said. "It (the idea for the design) just came through me."

Designing the flag and its symbols was a deliberate process, Haith said. Here's what each element of the flag represents.

The white star in the center of the flag has a dual meaning, Haith said.

For one, it represents Texas, the Lone Star State. It was in Galveston in 1865 where Union soldiers informed the country's last remaining enslaved people that, under the Emancipation Proclamation issued two years earlier, they were free.

But the star also goes beyond Texas, representing the freedom of African Americans in all 50 states.

The bursting outline around the star is inspired by a nova, a term that astronomers use to mean a new star.

On the Juneteenth flag, this represents a new beginning for the African Americans of Galveston and throughout the land.

The curve that extends across the width of the flag represents a new horizon: the opportunities and promise that lay ahead for Black Americans.

The red, white and blue represents the American flag, a reminder that slaves and their descendants were and are Americans.

June 19, 1865, represents the day that enslaved Black people in Galveston, Texas, became Americans under the law.

And while African Americans today are still fighting for equality and justice, Haith said those colors symbolize the continuous commitment of people in the United States to do better -- and to live up to the American ideal of liberty and justice for all.