The iPod turns 20. Here's how it changed the way I think about music 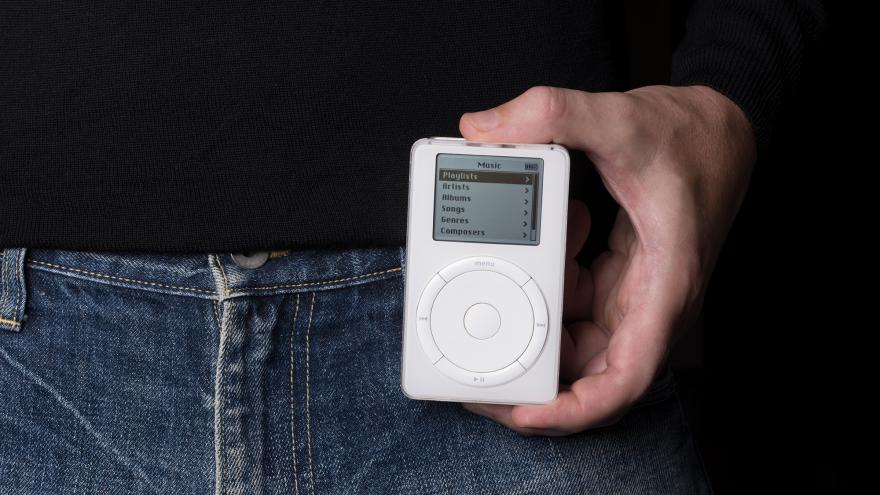 (CNN) -- Twenty years ago this weekend, Apple launched the original, iconic iPod. Six years later, I was gifted my first and only version of the device: a third-generation iPod Nano, fit with a square screen, a click wheel andan engraving on the back: "Sofia Barrett, Happy 11th Birthday."

By that time, the iPod line had begun its long decline from relevance. Apple had already introduced the iPhone, which would become the centerpiece of its ecosystem of products, and catapult it toward being the most valuable tech company in the world. But for the next five years — a key part of my teenage life — the iPod helped shape my relationship with music and technology.

If the iPod was a gateway for many customers into Apple's hardware and software products, it was also an early gateway for me into a type of consumption that we take for granted online: a seemingly limitless amount of content, available the moment you want it at the tap of a button, often for less than it cost in the analog era. (Though, as a teenager with no job, I still asked my parents for their credit cards to buy songs like "Fergalicious" and "Hot N Cold" for $1.29 a piece.)

Sure, my generation had always been able to take their music with them — in my case, starting with using my parents' portable CD player in elementary school — but the iPod took that to another level. It was more transportable, came in pretty colors and made it easy to listen to far more artists at a time.

But the next generation of music listening also changed how I thought about the music. I found myself caring far too much about iTunes data showing when an album was released, what genre it was classified as, and how many times I replayed each track. My music taste and enjoyment was all at once simplified into data points.

As I started to use my iPod and iTunes daily, the data helped me understand my listening habits. On my iPod, I kept an eye on the Recently Played and Top Rated playlists that came pre-programmed. On iTunes, I used every data column at my disposal: last played, date added, number of skips, and release date. It was concerning how much I parsed my enjoyment of Rihanna's "Disturbia" into numbers as opposed to how 'danceable' it was. My entire music listening experience felt gamified -- sometimes quite literally, in the form of the 'Music Quiz' game on my iPod -- which wasn't necessarily a bad thing. I was curating my own experience, listening to the artists I wanted, on my own terms.

As my iPod replaced my skipping CD player, the iPhone I got in high school replaced it. There was no need for me to carry two devices that both relied on the same music library. My iPod was laid to rest in one of my junk drawers.

But there was a clear straight line from my experience with the iPod to the streaming services like Spotify that I and many others shifted to in later years. Now, the songs I wanted to hear didn't even need to be purchased and downloaded. Suddenly, I was listening to more music than I ever had before. My personal jam sessions weren't about cherishing $1.29 singles anymore -- they were about discovery, abundance, and choice. And above all, data.

As revealing as the data on iTunes could be, Spotify felt even more so. "Spotify Wrapped," one of the most viral Spotify features, provides the most explicit example of this. I listened to 57,777 minutes of music in 2020, which means I spent about one tenth of the entire year listening to music. I obsessively shared my top Spotify artists with all my friends, almost as tangible proof of my laborious study into the history of Yacht Rock and Kanye West samples (yes, they're related.) Every Monday morning, the "Discover Weekly" playlist reminds me that Spotify is analyzing my every move, just as other streaming music and video services do.

Surprisingly, I don't find this invasive in any way. iTunes, and my iPod, have prepared me by introducing hard data into my music listening experience.

Today, if a friend asks me now who my favorite artist is, I would say The Strokes. But the data doesn't lie: In 2020, my "favorite artist" was Ariel Pink, according to Spotify.By simplifying my very personal music tastes into data points, I may know more unbiased facts about myself. But I worry with the data and the algorithmic recommendations, I've lost some of the romanticism and serendipity of sitting by the radio and hearing new, unexpected music -- between commercials -- as I once did before the iPod.

The modern listening experience that the iPod helped kick off may be convenient to a fault. Butnostalgia is hard to shake. I still keep my iPod in my junk drawer.