The iPhone 12 will probably have 5G. Many people won't notice 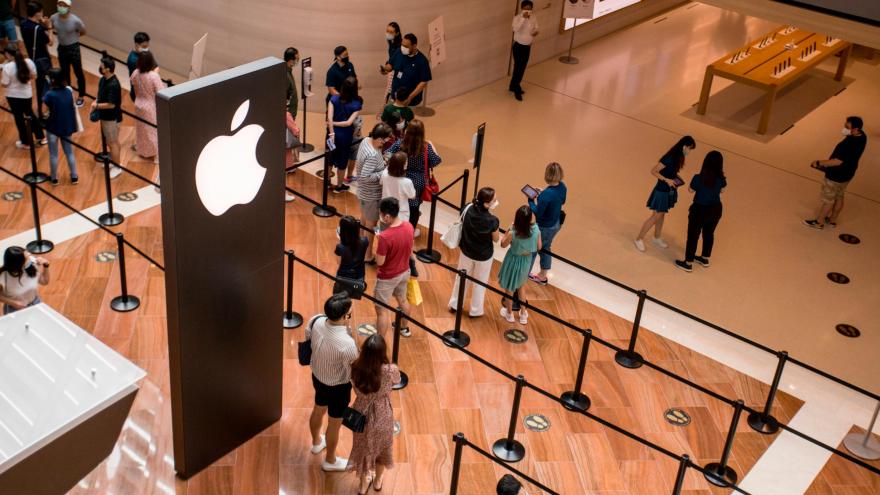 (CNN) -- At Tuesday's "Hi Speed" event, Apple is expected to unveil an iPhone 12 with 5G connectivity, a technical upgrade that will help the company keep pace with competitors and increase adoption of 5G technology. Analysts predict the new capability could prompt a "supercycle" of iPhone upgrades.

5G is next generation wireless network technology that's expected to change the way people live and work. It's faster and has greater bandwidth than existing 4G LTE networks, which will eventually mean rapid video downloads and improved experiences with services like augmented reality and live gaming, among other consumer perks.

But Apple — and iPhone 12 customers — could face a challenge: 5G is still in the process of being rolled out and services using the network's faster speeds remain relatively limited, meaning consumers may not experience massive differences compared to their old 4G phones. At least not right away.

"This year, next year, the story for Apple is going to be: How do they manage consumer expectations when the network isn't there?" said DA Davidson analyst Tom Forte.

How does 5G work?

Download speeds on a 5G iPhone are likely to vary based on several factors: Where you live, who your cell provider is and, potentially, which model of the iPhone 12 you buy.

US mobile carriers are building out 5G networks in several different ways, based on what kind of spectrum — a resource needed for wireless networks — they have. (Apple is also expected to release iPhone models compatible with how international 5G networks are being constructed, analysts say.)

Several US carriers have said their 5G networks have reached nationwide coverage. These networks largely rely on "low-band" spectrum, which carries cell signals greater distances but provides a relatively small jump in speed compared to 4G. There are also swaths of the country not yet covered by these "nationwide" networks, because the term is defined by population, rather than geographic coverage area.

Carriers are building out 5G in cities using "high-band" spectrum, which provides speeds significantly faster than 4G. But, because signals don't travel as far using high-band spectrum, this kind of network requires much more physical infrastructure in a given area for it to work — meaning it's available almost exclusively in dense, urban areas.

Eventually, these lower- and higher-frequency networks will more or less converge. But, for now, most iPhone 12 owners shouldn't expect significantly higher download speeds, unless they live or work in the downtown core of a big city. This is especially true given the flight to the suburbs and continued work-from-home policies during the pandemic.

"For some consumers, the experience on 5G might just feel a lot like 4G," according to Daniel Hays, strategy partner at consulting firm PwC US. "I think the thing that we're kind of seeing and experiencing at the moment is that the hype around 5G has far outpaced the reality at this point."

The full 5G network roll-out is likely to take another five to seven years, Hays said.

Apple could throw another variable into the mix by making only the high-end, more expensive iPhone 12 models connect to the fastest, "high-band" 5G networks, according to Moor Insights and Strategy analyst Anshel Sag. (Google took that approach with its latest Pixel phones.)

That means most iPhone 12 users wouldn't get the fastest speeds.

"The headline for new 5G device owners is really that your mileage may vary," Hays said. "For most consumers, there still remains a lingering question as to: What does 5G really do for me?"

All that said, Apple will sell tens — potentially hundreds — of millions of iPhone 12s, meaning there will still be many consumers across the country soon able to access some form of 5G network. And that number will be growing as mobile providers continue building out their networks.

For now, the list of consumer services and capabilities enabled by 5G remains relatively short. Uploads and downloads will be faster over the new network, which will be especially noticeable with big files like videos or movies. Over high-band 5G networks, it may be possible to download a two hour movie in fewer than 10 seconds, versus around 7 minutes with 4G.

DA Davidson's Forte said he thinks the iPhone 12 may include high quality video capabilities, to capitalize on the rapid video upload and download speeds 5G will provide.

It will take some time for more services taking advantage of 5G's speeds and bandwidth to be built, meaning consumers may want to wait to shell out for a 5G device. Ridesharing services, for example, were made possible by the 4G network.

Software development kits for app makers to create such things as augmented reality services for smartphones have just begun to emerge, Hays said. He added that device makers like Apple have a responsibility to help consumers better understand what 5G really is and what it can do — now and in the future.

"The key for the successful launch of 5G devices is going to be to have a really clear proposition to the end users: What is it that they get for having a 5G device?" Hays said. "I think that we can't do enough to really make that message clear and to help educate the end users."