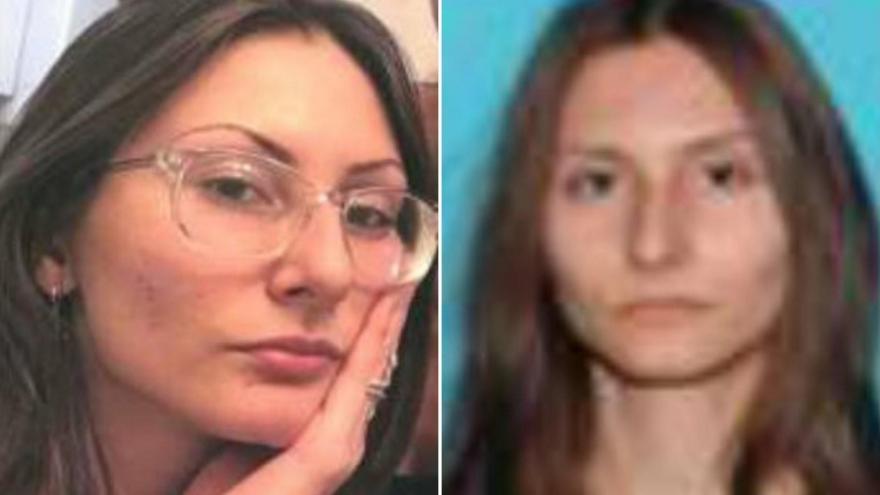 (CNN) -- An FBI official has confirmed investigators are looking into a website believed to be connected to Sol Pais, the Florida high school student who was "infatuated" with the Columbine High massacre and traveled cross-country to Colorado while making threats.

Pais, 18, was found dead Wednesday morning of an apparent self-inflicted shotgun blast at a national recreation area outside Denver, Dean Phillips, the agent in charge of the FBI office in Denver, said at a Wednesday afternoon news conference.

Her threats prompted the Wednesday closing of many Denver-area school systems, some of which already were on edge with the 20th anniversary of Columbine only days away.

The website, which CNN is not naming, had scanned, handwritten journal entries from an individual who signed them Sol Pais.

Some of the journals are barely legible -- sometimes because of handwriting, other times because of the scanning. There are a number of crude drawings of weapons, from long rifles to handguns and knives; one drawing has a trench coat figure holding an apparent weapon.

In most of the entries, the individual rambles about feeling like they did not belong in this world or lived in a different dimension. Oftentimes, they would quote song lyrics.

One message on the website offered a dark insight into its potential purpose.

"The purpose of this site is for me to give insight into the thoughts I rarely, if ever, share with others, while remaining somewhat anonymous," one of the messages on its homepage read. "Everything from journal entries to my personal interests -- I want to leave a record of myself before I, well. ..." The final journal entry posted on the website is signed Sol Pais.

CNN has not been able to independently confirm this website belonged to Pais. Phillips confirmed the FBI is looking into the website.

She bought shotgun near Columbine High

Pais' body was found at the base of Mount Evans, a national recreation area, Phillips said.

"She appeared to have died from a self-inflicted gunshot wound," he said. "At this point it looks like she was alone and took her own life with the weapon she procured."

She purchased the shotgun legally at the Colorado Gun Broker, according to a post on the company's Facebook page. The gun shop is less than two miles from Columbine High School.

The gun shop says Pais passed two background clearances by the National Instant Criminal Background Check System (NICS) and the Colorado Bureau of Investigation (CBI). The post goes on to say the store had no reason to suspect she was a threat to herself or anyone else.

Phillips said there was no threat to a particular school. Jefferson County Sheriff Jeff Shrader said investigators don't think Pais got onto the grounds of Columbine High School in Littleton.

Pais had made "credible," but not specific, threats before and after traveling from Miami to Denver on Monday night, Phillips said.

She also raised suspicions by purchasing one-way plane tickets for April 15, 16 and 17, the agent said. Police in Florida contacted the Miami FBI office, which alerted the Denver office, Phillips said.

Phillips said he didn't know why Pais went to Mount Evans. The driver of a rideshare or some other vehicle dropped her off there, he said, and later helped police pinpoint the location. Mount Evans is about 60 miles west of Denver.

Pais was considered a threat to the community and schools, but there was no information on any specific threat to a particular place, Phillips said.

Relief and grief in Florida

More than 2,000 miles away, in the Miami suburb of Surfside, police Chief Julio Yero broke the news of Pais' death to her relatives.

Despite their grief, "they are actually grateful that no one else is hurt," Yero told reporters outside the family's home.

"This family contributed greatly to this investigation from the very onset," the police chief said. "They provided us valuable information that led us to Colorado, and a lot of things that assisted in preventing maybe more loss of life."

Yero asked the public to give the Pais family privacy as they mourn.

But he said there will be "heightened safety and security procedures" ahead of Saturday's anniversary of the Columbine massacre.

Prior to news of Pais' death, a man who said he was Pais' father told the Miami Herald he lost contact with his daughter on Sunday.

"I think maybe she's got a mental problem," he told the Herald.

During the search for Pais, the teen's classmates said they were stunned that she was wanted for threats.

"I actually have my third-period math and my second period with her," 17-year-old Drew Burnstine said. "It's just kinda crazy -- she's so close to me, sitting next to me, and she's making these threats across the country."

Drew said he was surprised because Pais was "really smart" and had some of the best grades in the class.

But the teen was very quiet and kept to herself, Drew said.

"She hadn't really said anything to me other than thanking me for holding a door open for her," he said. "That's it."

'This opens a wound'

On April 20, 1999, two students killed 12 of their schoolmates and a teacher in a mass shooting at the high school in the town of Littleton, about 10 miles from Denver.

"I know that this opens a wound, especially on an anniversary week, for those families who were most deeply impacted by this," he said.

Correction: This story has been updated with the correct spelling of Superintendent Jason Glass' name and the correct location of the gun shop where Pais purchased the weapon.