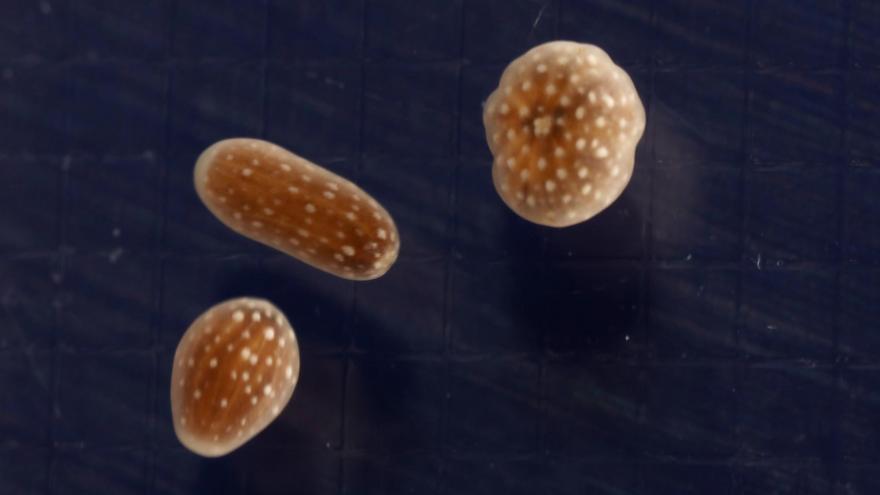 (CNN) -- The Florida Aquarium has made a breakthrough that will help save "America's Great Barrier Reef," the third largest coral reef in the world.

For the first time in world history, the aquarium in Tampa, Florida has successfully reproduced ridged cactus coral in human care.

The corals are just one of a variety of species rescued from Florida's waters by the Florida Fish and Wildlife Conservation Commission and NOAA Fisheries after coral reefs in the state began undergoing a major disease outbreak that started in 2014.

Scientists are now caring for the rescued adult coral colonies to breed and reproduce them in hopes of someday restoring the reefs once the disease is gone. While reproducing these species, scientists are discovering for the first time basic information on their biology, such as when they have babies or what their larvae look like.

"We are losing coral species faster than we can learn about them," Keri O'Neil, senior coral scientist at the Florida Aquarium, told CNN.

"This breakthrough is just really exciting; we're still learning basic new things you'd think we've known for hundreds of years. It's just people never worked with this species before and now that we have the opportunity to work with these corals in the lab, we're going to find out so much more about them."

Before this discovery, there was very little information known about how ridged cactus coral reproduce. No photos, videos, or published studies were ever done on the species' reproductive biology until scientists at the aquarium successfully reproduced them while catching the "birth" on video.

Ridged cactus corals are brooding coral, meaning to reproduce, only their sperm -- not the eggs -- are released into the water. The eggs are then fertilized and the larvae development occurs inside the parent coral.

The parent corals "spit out" the tiny baby coral, which immediately start swimming around until they find a perfect place on the reef where they stay for the rest of their lives. After witnessing the corals "give birth" for the first time, scientists have discovered that this species' larvae is the largest they have ever seen before.

The corals first began generating spawn -- or giving birth -- in early April, and are still having babies over a week later. So far, over 350 coral babies have been released.

The next step, O'Neil said, is finding out how long the larvae swim around before settling and turning into an adult coral. This is important because knowing how far they can travel will shed light on how mixed coral reef populations really are.

"Conservation and saving wildlife from extinction is our foremost business focus and scientific breakthroughs that have a direct impact on protecting and restoring our natural environment is why we exist," Roger Germann, The Florida Aquarium president and CEO, told CNN.

"Healthy coral reefs are vital to the survival and quality of life of humans and animals, especially here in Florida and throughout the Caribbean and Gulf of Mexico. We believe it's our responsibility to save the Florida Reef Tract from disappearing."

About a year ago, the aquarium's scientists became the first in the world to get Atlantic Ocean coral to successfully reproduce two days in a row for the first time in a lab setting.

The aquarium is also taking part in "Project Coral" -- a program designed to spawn coral with the goal of ultimately repopulating the world's coral reefs. The project works in partnership with London's Horniman Museum and Gardens to induce corals to spawn, or release their eggs and sperm, in a lab.

Unlike the natural reproduction of the ridged cactus corals, Project Coral uses advanced LED technology and computer-control systems to mimic the natural environment of the coral to subtly signal the corals to reproduce.

As scientists continue to rescue and breed corals, more questions about these mysterious creatures will continue to be answered.

"And just think, a solution to the next pandemic or human illness could be discovered from healthy coral reef," Germann said.