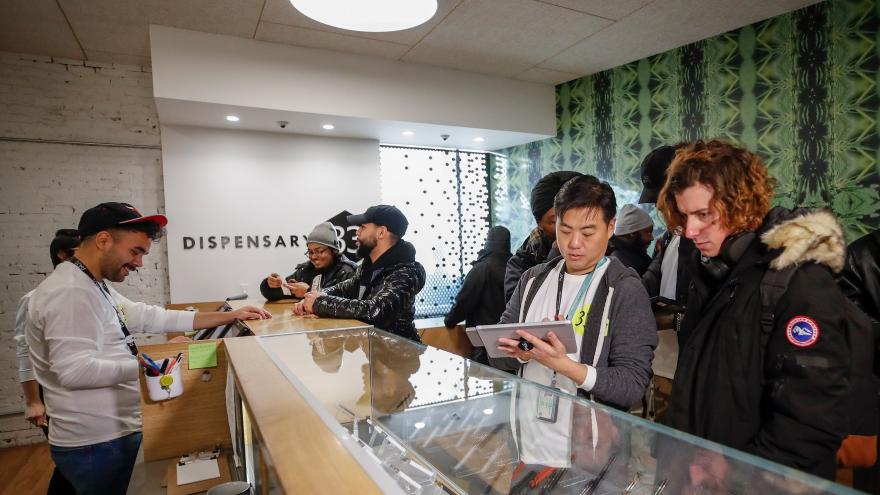 (CNN) -- Nearly $11 million of recreational marijuana has been sold in Illinois since the start of 2020, the state's Department of Financial and Professional Regulation said.

January 1, the day recreational cannabis use became legal in the state, saw over $3.1 million in sales alone.

The state's 37 dispensaries have churned out over 271,000 sales since the start of the new year, the department said. A portion of the sales is returned to a community reinvestment fund, said Toi Hutchinson, senior advisor to the Governor for cannabis control.

"The successful launch of this new industry is a historic development for our state that will benefit the very communities that have been disproportionately impacted by the failed war on drugs," Hutchinson said.

The overwhelming demand has forced some dispensaries to temporarily shutter until product shortages end, the Chicago Tribune reported. Some shops are prioritizing medicinal marijuana sales, as the number of medical marijuana patients has doubled in the past year.

Illinois became the 11th state to legalize recreational marijuana use in June. The law allows adults ages 21 and over to buy and possess small amounts of the drug, along with sweeping criminal justice reforms designed to help those whose lives had been upended by the state's stringent drug laws.

Legalizing the drug, Gov. JB Pritzker said, would help restore the rights of thousands of people and regulate a "previously unsafe and illegal market."

On New Year's Eve, the day before the law was set to enter effect, Pritzker pardoned more than 11,000 people with low-level marijuana convictions.