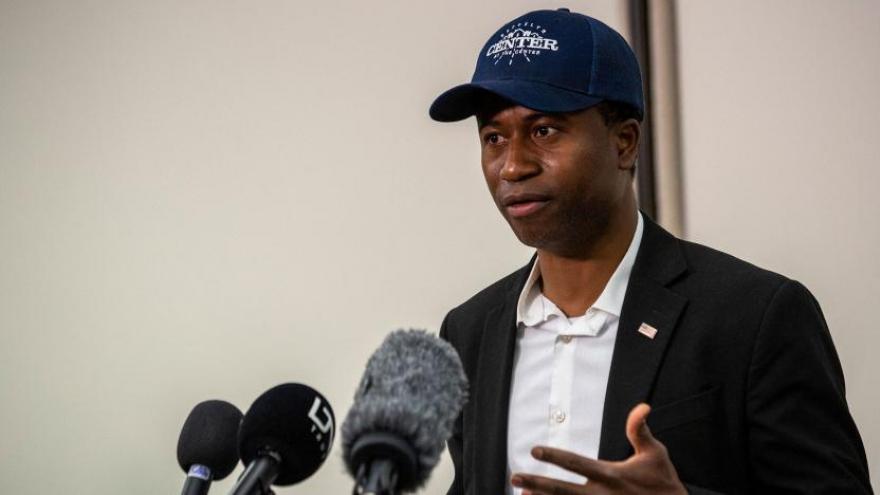 (CNN) -- A young mayor has worked to unite ethnic groups in a Minneapolis suburb for years. The killing of a Black man is now bringing outrage to his city.

Wright, a 20-year-old Black man, was shot and killed by a police officer on Sunday during a traffic stop. Police Chief Tim Gannon has said the shooting appeared to be accidental.

"We are all collectively devastated and we have been for over a year now by the killing of George Floyd and that we continue to be distressed as we go through the Derek Chauvin trial. So having a police involved shooting happen in our community and killing a young man is heartbreaking and just unfathomable," Elliott said at a press conference Monday.

Elliott, who was born in Liberia, is the first Black mayor of Brooklyn Center, MPR News reported. He was 11 when he arrived in Minnesota from Liberia with his family, the Star Tribune reported, and he founded a group aimed at fostering academic success in local schools before becoming mayor.

The shooting took place about 10 miles from where former Minneapolis police officer Derek Chauvin is on trial for the killing of another Black man, George Floyd.

While Elliott told reporters that he couldn't order the officer's firing, he said that he "fully supports releasing the officer of her duties."

"My position is that we cannot afford to make mistakes that lead to the loss of life of other people in our profession," Elliott said.

For the past two years, Elliott has served one of the most diverse suburbs in the Twin Cities area.

More than half of Brooklyn Center's 30,000 residents are from communities of color. Nearly 45% of the city's residents are White while 29% are Black, 16% are Asian, and 13.5% are Hispanic, according to US Census data.

There is a significant community of Liberian Americans in Brooklyn Center as well as in neighboring Brooklyn Park, advocates say.

In the hours after Wright's death, hundreds of people took the streets to protest and a crowd gathered around the police department. Authorities said there were reports of people throwing rocks and other objects at the police building.

President Joe Biden has called for "peace and calm" in the wake of the shooting and Gov. Tim Walz has issued a curfew in several Minnesota counties.