The final five-time 'Jeopardy!' champ during Alex Trebek's tenure has died at age 24 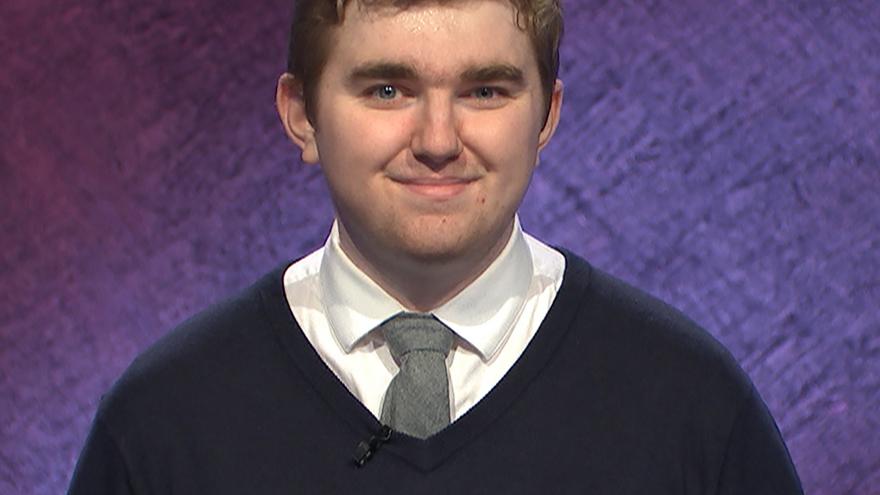 (CNN) -- The final five-time champion of "Jeopardy!" while Alex Trebek was still host died unexpectedly last week, according to a statement from his mother.

Brayden Smith, of Las Vegas, was 24 years old when he died on February 5. The family did not release the cause of death.

"We are so grateful that Brayden was able to live out his dream on @jeopardy," Smith's mother, Debbie, tweeted Friday morning.

Smith won $117,798 on the program, with his final appearance taking place in Alex Trebek's final week on the air. The shows were recorded in October and Trebek died of pancreatic cancer November 8.

"I'm really grateful for everything, all the opportunities that I had," he said in a video posted on the Jeopardy website. "I'm just glad that we were able to do it and I'm glad I was able to show what I was capable of."

Smith was an intern with the Cato Institute in Washington, according to the obituary his family provided to the Las Vegas Review-Journal, and he had planned to attend law school to become a government attorney.

"He was a voracious reader and autodidact, a lover of knowledge and an advocate for justice," the obituary read.

Smith was a 2020 graduate of the University of Nevada, Las Vegas.

"He was kind, funny and absolutely brilliant," the producers of "Jeopardy!" tweeted Friday. "Our deepest condolences go out to Brayden's family."

In the video about his time on the show, Smith said he was looking forward to appearing on a Jeopardy tournament of champions.

"The tournament of champions was my favorite tournament every year since I was a kid," he said. "These people are some of my trivia idols."