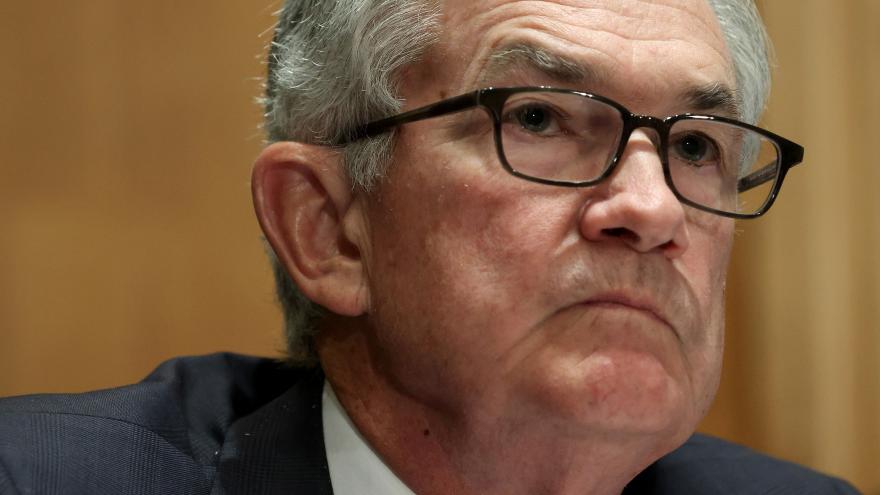 (CNN) -- The Federal Reserve isn't ready to take its foot off the stimulus gas pedaljust yet, but that soon might change.

If the economic recovery continues to progress as expected, the Fed "judges that a moderation in the pace of asset purchases may soon be warranted," according to the bank's policy update published Wednesday.

The central bank could also lift interest rates as early as next year, according to updated projections, as opposed to waiting until 2023 as previous forecasts called for.

When the pandemic started to wreak havoc on the US economy in early 2020, the Fed stepped in, slashing interest rates to near-zero and committing to buying $120 billion worth of Treasury and mortgage-backed securities every month. These purchases will be rolled back soon, it seems, in what is referred to as a "taper".

Investors have long expected the Fed to clamp down on its monthly stimulus as the recovery was coming along nicely over the summer. But a disappointing August jobs report pushed those expectations back. Wednesday's announcement was thus in line with what investors predicted and the stock market continued its rally after it was published.

The recovery has hit some roadblocks recently as the Delta variant is leading to more infections and affecting people's willingness to be around others.

And as many economists began to factor the Delta effect into their winter forecasts for the economy, so has the Fed . Its projections see lower economic growth for 2021 with gross domestic product rising 5.9%, compared with 7% projected in June. The growth rate for 2022, however, was revised upwards to 3.8% from 3.3%.

Similarly, the Fed now expects unemployment to be slightly higher -- at 4.8% -- than previously thought at the end of this year. Similarly, inflation is will likely be than projected in June, with the personal consumption expenditure index at 4.2% for the year rather than 3.4% previously forecast.

This matters because it will have a huge effect on the Fed's policies, given that the central bank's job is to keep prices stable and employment at the maximum.

With inflation likely to be more elevated for a longer time, the bank will have to rein in its policies to keep that sector of the economy from overheating.

This is a developing story. It will be updated