The FBI's top lawyer is resigning 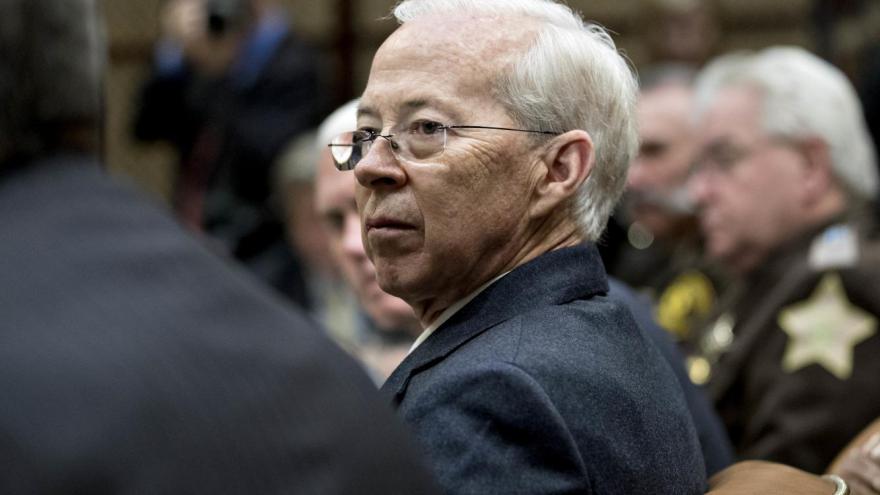 Dana Boente, who is resigning as the FBI's top lawyer, listens during a county sheriff listening session with President Donald Trump in the Roosevelt Room of the White House on February 7, 2017 in Washington, DC.

(CNN) -- The FBI's top lawyer is resigning amid renewed pressure from President Donald Trump and Republican allies for the bureau to remove any remaining officials associated with the Russia investigation.

Dana Boente, FBI general counsel, has served 38 years in a variety of career posts at the Justice Department. He is resigning June 30, the FBI said on Saturday. He was appointed general counsel in 2018 after serving as US Attorney in Alexandria, Virginia, and a brief stint as acting attorney general.

It's that period in early 2017 when Boente stepped in after Trump fired then-acting Attorney General Sally Yates for telling Justice Department lawyers not to make legal arguments defending Trump's executive order on immigration and refugees.

Boente signed one of the reauthorizations to surveil Trump campaign associate Carter Page, approved by the Foreign Intelligence Surveillance Court. An inspector general report last year found numerous instances of inaccuracies and withheld information in the FBI's applications signed by Boente and Rod Rosenstein, who became deputy attorney general. The Justice Department has since withdrawn those warrants.

The inspector general didn't find any wrongdoing by Boente and Rosenstein but that hasn't mattered to conservative critics who argue that FBI Director Christopher Wray hasn't done enough to clean up the FBI. Boente is the most senior-level official remaining at the FBI associated with the Russia investigation, an issue the President and his political campaign have resurrected this year.

A Justice Department spokeswoman declined to comment on whether Attorney General William Barr is forcing Boente out of his job.

"Few people have served so well in so many critical, high-level roles at the Department," Wray said in a statement. "Throughout his long and distinguished career as a public servant, Dana has demonstrated a selfless determination to ensure that justice is always served on behalf of our citizens. We should all be grateful for his dedication to the Department of Justice, the FBI, and the American people...While it will be difficult to replace Dana, I am committed to ensuring that the next general counsel is experienced, objective, and prepared to lead the men and women who make up this vital part of the FBI's mission."

Barr has been critical of the Russia investigation, calling it a travesty and saying the Justice Department and FBI should never had opened the probe to look into whether the Russian interference in the 2016 election had any connections to the Trump campaign.

Special counsel Robert Mueller, in his own two-year investigation of 2016, found extensive evidence of Russian attempts to interfere and help the Trump campaign.

In recent weeks, the President and his allies have renewed criticism of the Russia probe and Barr ordered that the department drop charges against Michael Flynn, Trump's first national security adviser, who had pleaded guilty to lying to the FBI about his discussions with the then-Russian ambassador during the Trump transition. Flynn is seeking to withdraw his guilty plea, a request still pending before a judge.

Boente's brief role in the Russia probe has become a focus of criticism from some of the President's supporters on Fox News and in other conservative media.