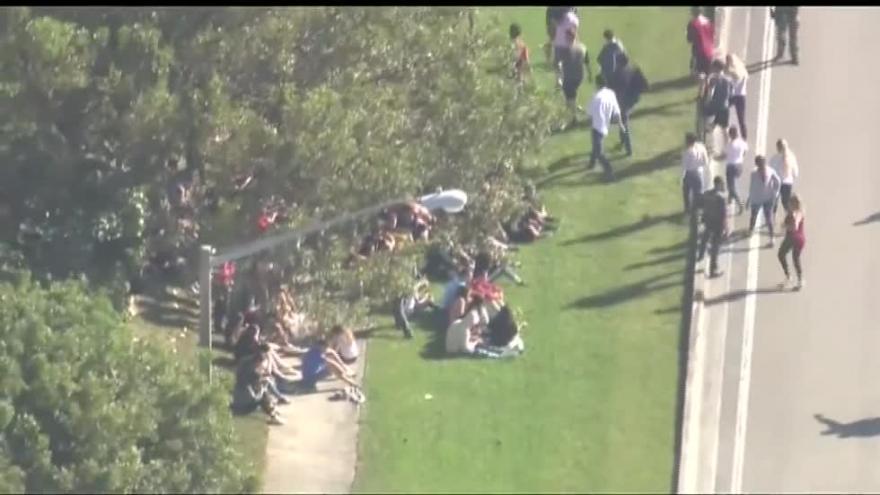 (CNN) -- The FBI says it is overhauling its public tip-line system -- partly by adding staff and changing review protocols -- following criticism that the bureau missed tips about the man later accused of killing 17 people in February's school shooting in Parkland, Florida.

The changes involve the FBI's Public Access Line, which takes thousands of calls a day from the public around the clock, FBI Assistant Director Douglas E. Lindquist said in letter this month to the Marjory Stoneman Douglas High School Public Safety Commission.

Altering the FBI's tip-line unit will ensure it has "the staff and functionality to analyze and disseminate information in a timely manner to the field," Lindquist wrote.

According to the letter, the changes include:

• Staff taking calls will be divided into two tiers: A Tier 1 that handles "nuisance calls" and provides general information about the FBI, and a Tier 2 that takes calls involving "potential lead values," such as threats to life and counterterrorism and criminal matters.

• Synopses written by Tier 2 staff will be scored "using a key threat word list." Speech-to-text technology will help identify these words in transcripts.

• Even calls that show no lead value must be reviewed by a supervisory special agent if the synopses contains one key threat word.

• A quality management team will review all calls related to threat-to-life and counterterrorism matters, as well as some other calls, in part to assess operators' phone, technical and decision-making skills.

• The FBI is enhancing training for tip-line staff to help them identify and relay information relating to threats to life and potential school shooters.

The bureau faced criticism and promised a review after it revealed that Nikolas Cruz, the man accused of gunning down students and staff at Marjory Stoneman Douglas High School on February 14, had been previously flagged in tips.

In March, Acting Deputy FBI Director David Bowdich told US House members privately that the FBI missed two tips about the threat that Cruz posed to his community, according to multiple sources.

The first tip, coming in September 2017, came after a YouTube post that asserted that Cruz wanted to be a school shooter, something that was directed to a field office in Jackson, Mississippi, Bowdich told lawmakers in a private meeting, according to the sources. The agent in charge of the matter investigated the issue, but that agent was unable to make any headway in the investigation, failing to determine who Cruz was.

The agent did not ask YouTube for a copy of the original posting or send a preservation order to YouTube, according to the sources. After fruitlessly trying to determine Cruz's identity, the agent sought to close the case on October 11, 2017, and it was officially closed after a second review suggested that the matter was not a national security threat.

The second tip came in January, when an employee at the FBI's call center in West Virginia got a call warning about Cruz, the sources said. The employee ran the matter by her supervisor.

The caller told the FBI that the Parkland police had been notified about the threat posted by Cruz, as the tipster warned about his recent behavior and actions. But the caller was not aware of any specific plans to carry out a school shooting, the sources said. So the FBI did not consider the matter a direct threat.

While the FBI employee did see the report from September 25 about the YouTube post, the FBI did not act upon the matter since the earlier report was not labeled as a national security threat at the time. Whether the employee shared that information from that report with the supervisor was uncertain, and Bowdich made clear both calls were under further investigation.

Cruz, 20, is awaiting trial on 17 counts of premeditated murder and 17 counts of attempted murder. Prosecutors have said they plan to seek the death penalty.

The Marjory Stoneman Douglas High School Public Safety Commission, created by the Florida legislature, is holding hearings about the shooting and is charged with recommending changes that may prevent similar incidents.