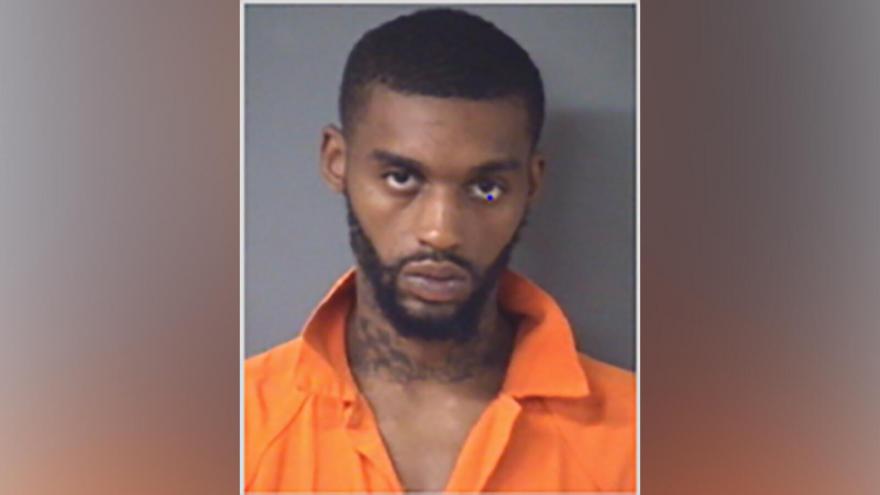 Sessoms was arrested in a Goldsboro, NC, residence about 30 minutes south of Wilson. He's been charged with first-degree murder and is being held with no bond. It's unclear whether he has an attorney.

(CNN) -- The grieving father of a 5-year-old boy killed in North Carolina said the suspect has lived next door for eight years and he shared dinner with him a day before the shooting.

Cannon Hinnant was riding his bike outside his father's home in Wilson on Sunday when a man walked up to him and shot him in the head, witnesses told police.

His father, Austin Hinnant, was inside the house when he heard the shot go off, he told CNN affiliate WRAL. "The first thing that went through my mind was maybe he just fell off his bike," he said. "The closer I got to him, the more I realized it was something far more serious."

At the time, the suspect -- his neighbor, Darius Sessoms -- was in the yard next door with a gun in hand, pacing and frantic, Hinnant said. He described being filled with rage as he looked at the suspect -- but he could not leave Cannon's side.

"[You] can't imagine what it's like to hold your son in your arms with a gunshot wound to the head, and his blood is running down your arms," he said.

Cannon was with his sisters ages 7 and 8 when the shooting happened. "They were just playing in the yard like any other day," Hinnant said.

Victim's father had dinner with suspect a day before

Sessoms, 25, and the victim's family had no issues, Hinnant said, adding that he had the suspect over for dinner a day before the shooting. Both men sat on his porch and sipped beer, he said.

"There wasn't anything between me and him, any bad blood whatsoever, for him to have a reason to do this," Hinnant said.

Police have not released information on a motive. Hinnant said he doesn't know why his son was killed.

After the shooting, Hinnant's fiancé called 911 as a neighbor carrying an EMT bag rushed to help. Sessoms drove away, he said.

Police arrived at the scene and Cannon was transported to the hospital.

Sessoms was arrested Monday in a Goldsboro residence about 30 minutes south of Wilson. He's been charged with first-degree murder and is being held with no bond. It's unclear whether he has an attorney.

Cannon was laid to rest Thursday.