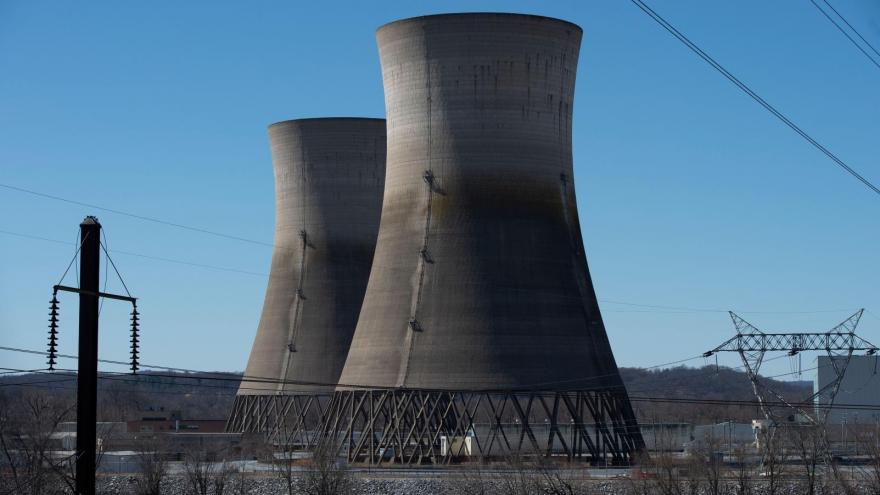 The unused cooling towers, shut down after the 1979 partial meltdown, are seen at Three Mile Island in Middletown, Pennsylvania on March 26, 2019. Full Credit: Andrew Caballero-Reynolds/AFP/Getty Images

Exelon Generation, the company that runs the plant, announced in May that it would officially close the plant by September 30, citing a lack of state action in subsidizing clean energy.

The company previously announced in May 2017 that it would close the plant if there was no change in state policies, saying the plant had not been profitable for five years.

Although the plant is officially closing Friday, it will take decades for the plant to be completely cleaned up and will cost around $1.2 billion. Exelon estimated that all radioactive material will be removed from the plant by 2078.

Exelon has worked to place plant employees into other positions within the company, according to a company press release. In 2017, Exelon said the plant employed 675 people. In a Department of Labor and Industry posting from August, it shows approximately 112 employees would be affected by the plant's closure.

Three Mile Island is best known as the location of the most serious accident at a commercial nuclear power plant in U.S. history.

In 1979, the plant experienced the partial meltdown of one of its two reactors. Though there's no indication the release of radiation caused any health issues among either employees or the general public, the incident led to stricter federal oversight of nuclear power plants.

As a result, the construction of new plants declined in the 1980s and 1990s, according to the World Nuclear Association, an international group that promotes the use of nuclear power.