The Ever Given could soon be released by the Suez Canal 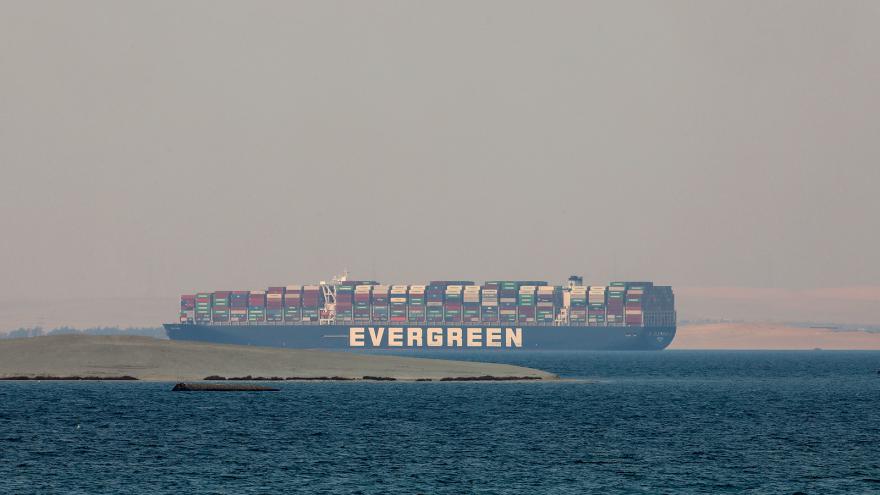 (CNN) -- The Ever Given could soon resume its journey after a deal was reached to release the quarter-mile-long container ship and the hundreds of millions of dollars worth of cargo it was carrying when it blocked the Suez Canal three months ago.

An Egyptian court seized the ship and its 18,300 containers, after the Suez Canal Authority filed a $900 million compensation claim against Japanese ship owner Shoei Kisen Kaisha for losses arising from the six-day blockage.

Stann Marine, which represents the owners and insurers of the vessel, said Wednesday that an "agreement in principle" has been reached with the Suez Canal Authority following weeks of negotiations.

"We are now working with the SCA to finalize a signed settlement agreement as soon as possible," director Faz Peermohamed said in a statement. "Once the formalities have been dealt with, arrangements for the release of the vessel will be made," he added.

Khaled Abu Bakr, a lawyer acting for the Suez Canal Authority and head of the negotiating committee, confirmed the details of Stann Marine's statement to CNN Business.

The Ever Given ran aground in the Suez Canal on March 23, blocking one of the world's most vital trade arteries and heaping pressure on strained global supply chains as hundreds of other vessels became ensnared.

Since it was refloated, the vessel has been held in the canal's Great Bitter Lake, trapping goods belonging to companies such as IKEA and Lenovo and many smaller businesses on board. UK bicycle maker Pearson 1860 and Snuggy UK, which makes wearable blankets, have vital orders stuck on the vessel.

Despite the preliminary deal between the owners and the Suez Canal Authority,it could be weeks before businesses receive their goods. Companies will also likely be on the hook for a portion of the settlement, due to maritime law conventions.

Clyde & Co., a law firm that represents companies and insurers with over $100 million in cargo on the Ever Given, estimates the total value of goods on board to be over $600 million.

If the ship is cleared for release it is expected to go to Rotterdam, which was the next scheduled port, according to Clyde & Co. partner Jai Sharma. "It might need some repairs or it may be permitted to sail slowly," he told CNN Business, adding that it could take three weeks to reach the Dutch port.