The economic consequences of overturning Roe v. Wade will be enormous, experts warn 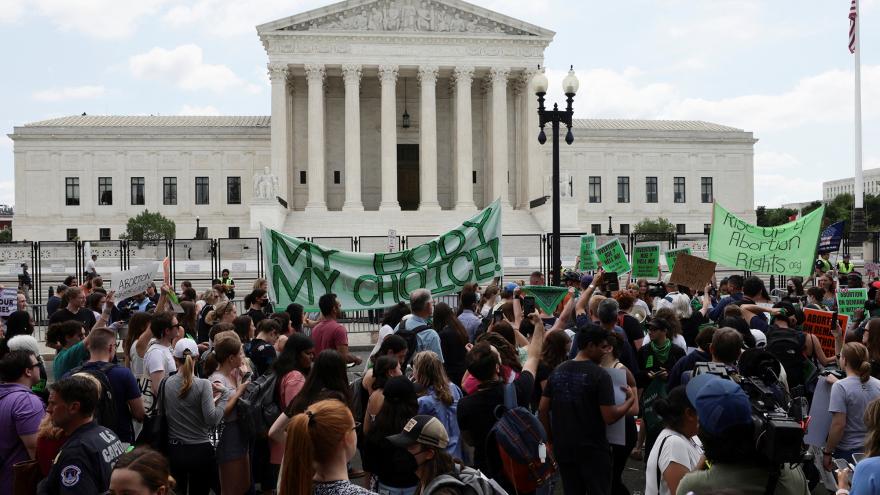 (CNN) -- The overturning of the landmark 1973 Roe v. Wade ruling by the US Supreme Court comes at an economic cost to the nation, economists have warned.

Friday's decision to end the federal constitutional right to an abortion is widely thought to be more ideologically and politically motivated, rather than driven by an attempt to protect women from worse personal and financial outcomes. Those might include financial hardship, restricted ability to attain a higher education and move up the socio-economic ladder, as well as overall poorer health care for women reliant on clinics for preventative care. All of this would affect the state of the workforce, economic output and increase the need for government support, economists say.

"This decision will cause immediate economic pain in 26 states where abortion bans are most likely and where people already face lower wages, less worker power, and limited access to health care," said Heidi Shierholz, president of the Economic Policy Institute, in a statement released Friday. "The fall of Roe will be an additional economic barricade."

The consequences are likely so extensive and far-reaching that it is hard to quantify them, said Jason Lindo, professor of economics at Texas A&M.

Taking away a woman's right to choose if and when she has a child has serious consequences for her career and economic circumstances, Lindo told CNN Business.

"Roe v. Wade and access to reproductive health care, including abortion, helped lead to increased labor force participation," Yellen said. "It enabled many women to finish school. That increased their earning potential. It allowed women to plan and balance their families and careers."

Last year, after Texas lawmakers moved to effectively ban abortion in the state, 154 economists filed an amicus brief with the Supreme Court in support of maintaining reproductive freedoms in the United States so that women can realize their full economic and educational potential.

Data from the prominent Turnaway Study from the University of California San Francisco, shows that household finances are a major driver of the decision to terminate an unwanted pregnancy. An analysis of the data by the National Bureau of Economic Research shows that the majority of women seeking to terminate a pregnancy near the gestational limits had incomes below the poverty line.

Women who were denied an abortion, meanwhile, had higher rates of poverty, higher unemployment and greater need for government assistance. This, in turn, affects the economic well-being and prospects of their children, according to economists.

"There is a huge [body of] literature showing long-run effects of the economic circumstances of the household in which a child grows up. On educational attainment, adult earnings, use of social assistance programs, involvement in crime, etc. The list goes on and on," said Lindo.

Economists are also worried that overall female health care will suffer as a result of restricting or prohibiting abortions. For many women, clinics that offer family planning services are often also the local option for preventative care, including cancer screenings and pap tests. Having easy access to these clinics plays a crucial role in their health care.

"When distance to the nearest clinic increases, rates of preventative care go down," said David Slusky, associate professor of economics at the University of Kansas. And that can lead to worse health outcomes.

"If a woman of childbearing age dies, it has enormous economic consequences," he added. "It's someone who society has invested in and who has many productive economic years ahead of them."