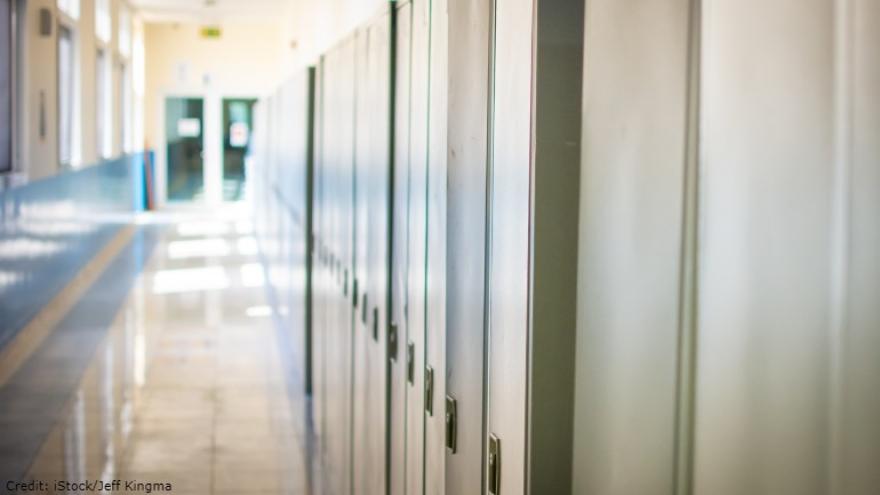 (CNN) -- Whether it's stolen urinals, smashed floor tiles or missing soap dispensers, the destruction is apparent in school bathrooms across the United States.

TikTok has been quick to shut down the trend, with the company removing many of the videos from its platform.

Search the term "devious licks" on the app now, and a message from TikTok appears: "No results found. This phrase may be associated with behavior or content that violates our guidelines. Promoting a safe and positive experience is TikTok's top priority. For more information, we invite you to review our Community Guidelines."

"We expect our community to stay safe and create responsibly, and we do not allow content that promotes or enables criminal activities. We are removing this content and redirecting hashtags and search results to our Community Guidelines to discourage such behavior," a TikTok spokesperson told CNN.

People have shared the videos on other platforms as well.

A quick search on Twitter revealed a copious catalog of "devious lick" videos, which featured people stealing a bathroom sink and other school property.

Some bathrooms are partially shut down

In response, some schools are locking bathrooms for large portions of the day.

While the intent is to prevent further vandalism, it could have negative consequences, said school counselor Phyllis Fagell, author of "Middle School Matters: The 10 Key Skills Kids Need to Thrive in Middle School and Beyond--and How Parents Can Help."

"I have a lot of empathy for administrators who are dealing with this behavior," Fagell said, but she warned that punishing everyone for the actions of a few students can sow mistrust.

Allowing students to use the bathrooms when they please is a basic sign of respect, she added. "If adults want kids to show respect, they have to show respect in return."

Some children also have social anxiety and closing the bathrooms for parts of the day could exacerbate it, said John Duffy, a clinical psychologist and family therapist in Chicago.

"Some of my socially anxious clients choose to suffer significant discomfort than disrupt a teacher in class to use the bathroom for fear of the social attention," he said. If the bathroom is locked, many kids will become anxious that the facility is unavailable to them, he added.

CNN reached out to Shakopee West Middle School in Shakopee, Minnesota, one of the schools who partially shut down their bathrooms, and is still awaiting a response.

Why students are vandalizing schools

Tweens and teens are vulnerable to peer pressure and are trying to establish where they fit in socially, Fagell said.

Middle school students, in particular, are desperate for acceptance and may make impulsive decisions to fit in, Fagell said. They're more prone to impulsive behavior because their prefrontal cortex, the part of the brain that is responsible for logical thinking, isn't fully developed yet, she explained.

Over the past year, Duffy said several boys have been referred to him by schools for vandalizing property. One of the students who had destroyed a bathroom admitted that he didn't want to do it but succumbed to peer pressure.

The student "felt it was wrong, but he was dared to do it by a group of classmates at a party, a group he desperately wanted to be a part of," Duffy said.

What parents can do

It's important for parents to be aware of social media trends like "devious licks," so Duffy recommended parents speak with their children about their social media habits.

If parents are non-judgmental, their kids will likely teach them about the latest trends, which gives parents the opportunity to prevent their children from making mistakes with serious consequences, he said.

Because children's problem-solving abilities aren't fully developed, parents should also be a role-model and walk their child through the process, Fagell said.

Parents could explain what some of the negative consequences would be if they vandalized the school and provide counter examples for why they should do the right thing, she said.

Parents should not underestimate the power of disappointment. "It's critical that parents actually verbalize that they would be very disappointed if they ever got a call saying, 'Your child has done something to vandalize the school,'" Fagell said.