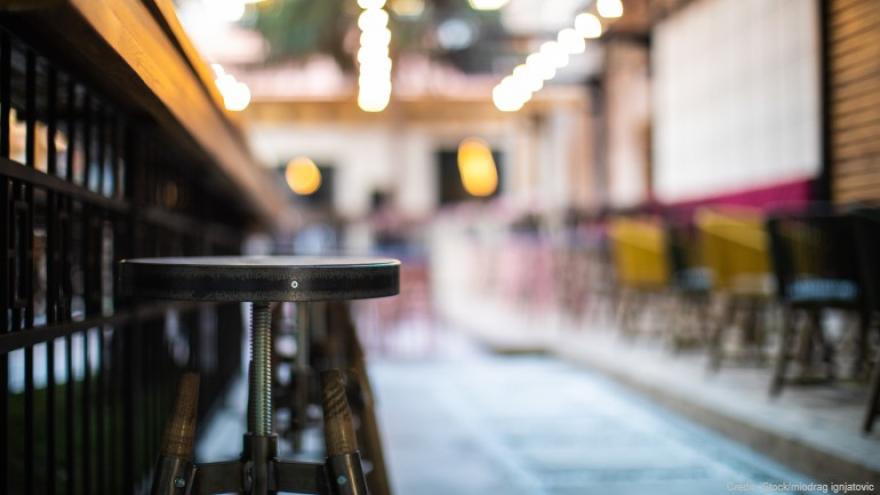 (CNN) -- The last 13.5 months have separated a lot of us from our friends. We've socially distanced and learned to communicate through video chat.

But as more Americans get Covid-19 vaccines and cases decline, the data shows that Americans are more comfortable with starting to venture out a lot more than they have previously.

You can see this very well through a sample of data made available from OpenTable, a restaurant reservation website. Comparing the number of diners to an equivalent point in 2019 (when there was no pandemic), more and more people are clearly going out.

Nationally, there was an average 25% daily decline in seated diners in April 2021 compared to April 2019. That may seem like a large decline, but it's significantly better than the 56% average monthly decline since the pandemic began in March 2020.

The 25% decline also represents the smallest decline in seated diners since the pandemic began. The best previous month was March 2021, when the decline was 33%. We're seeing a clear trajectory of more Americans returning to their baseline behaviors when it comes to eating out.

Not surprisingly, there does seem to be a bit of a red-blue divide on people going back out for dinner. Though there is not OpenTable data available in every state, the people in red states have been more willing to eat out compared to their baseline in 2019 than the people in blue states.

Still, both of those represent the smallest monthly declines in their respective categories since the pandemic began.

These restaurant data is a real world example of something that's becoming quite evident in the polling data.

For example, the latest Axios/Ipsos poll taken in mid-April showed that 48% of Americans said they had gone out to eat in the last week. This was the highest percentage since they started asking this question in late March 2020.

Like in the OpenTable data, Republicans (57%) were more likely than Democrats (38%) to have gone out, but both represented highs or near highs for their groups and were up considerably from a year ago.

Going out to eat is part of a larger movement of people socially distancing less across the board.

In the Axios/Ipsos poll, 61% of Americans said they had "social distanced -- that is stayed at home and avoided others as much as possible" in the last week. This represented the lowest percentage recorded by Axios/Ipsos since they started asking the question in April 2020.

There was a large partisan divide with 78% of Democrats and a mere 45% who answered that they had socially distanced in the last week. Both, though, were either the lowest or tied for the lowest recorded for a given partisan group since April 2020.

While members of pretty much all groups are more comfortable going out, people getting a Covid-19 vaccine is helping. According to a late March 2021 Gallup poll, people who are fully vaccinated are less likely to socially isolate than people planning to get fully vaccinated.

This means that more and more people are likely to feel good about returning to some version of pre-pandemic life as long as people keep getting vaccinated and cases drop.