The consultant who helped select jury in the O.J. Simpson trial is working with Kyle Rittenhouse's attorneys 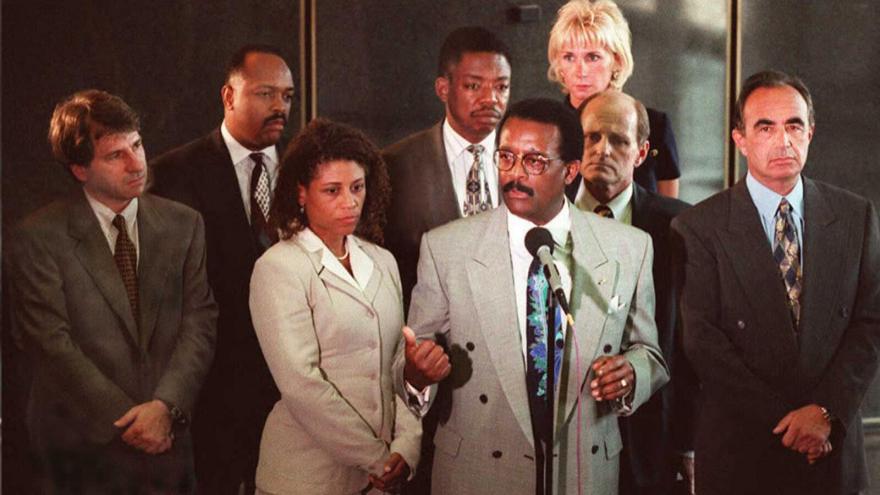 (CNN) -- Jury and trial consultant Jo-Ellan Dimitrius, known for having developed the juror profile in O.J. Simpson's trial, has worked "hand in hand" with attorneys representing Kyle Rittenhouse in his trial to help develop a jury profile that would best fit their case, her firm Dimitrius & Associates told CNN.

In the 1995 trial, the jury eventually acquitted Simpson.

Dimitrius was hired by Rittenhouse's defense team to help build a profile for the "right" juror in this case, and, according to firm Vice President Randy Peukert, she's the best "probably on the planet" at what she does.

Her advice may have helped create the 12-person jury panel, made up of five men and seven women, which began deliberations on Tuesday morning after hearing from more than 30 witnesses.

A group of 20 people -- 11 women and nine men -- were initially selected to serve on the jury from a group of 179 prospective jurors. The jury selection consisted of one day of voir dire in court without the use of background questionnaires.

Two people were dismissed during the course of the trial. One juror, a middle-aged man, was dismissed for telling a joke to a deputy about the police shooting of Jacob Blake, an incident that earned a rebuke from the judge. Another juror, a pregnant woman, was dismissed after experiencing discomfort and requesting to be dismissed, the judge said.

How long the jurors now debate is almost entirely up to them, but the verdict must be unanimous. The process can take hours, days or weeks.

What we know about jury deliberations

"There's always research done," Peukert told CNN. "It really gives them [the defense] the added benefit and confidence...what they are presenting will resonate with a jury."

If convicted on the most serious charge, Rittenhouse could face a mandatory sentence of life in prison.

Dimitrius has performed the typical duties of a jury or trial consultant and was hired four to six months ago, Peukert said.

She was present during jury selection, jury monitoring, and trial assistance and was often seen sitting next to Wendy Rittenhouse, Rittenhouse's mother.

"Her ability to read a situation, to think out of the box" is important, Peukert said, "to assist the attorneys on how to approach" the case.

"Nobody likes to go in blind," Peukert added.