The college admissions scandal was a surprise to everyone but educators 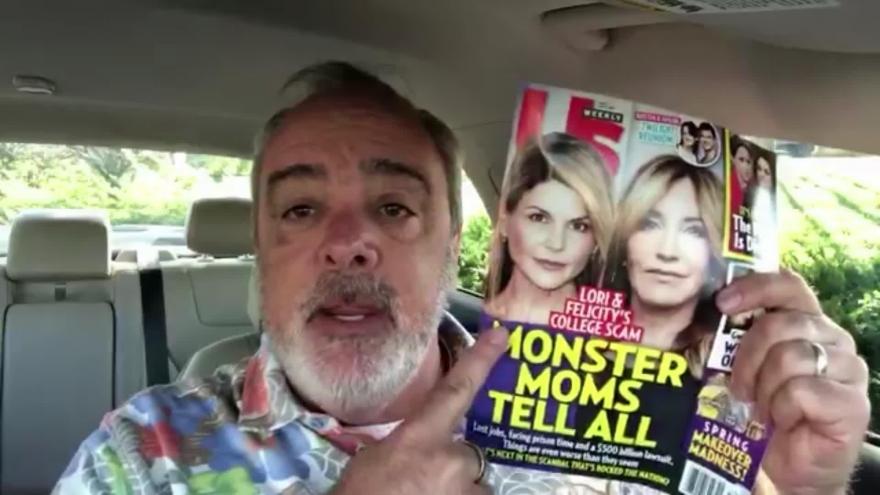 In an interview with CNN, Brooks said teachers have to deal with parents who let their kids skip doing homework, sneak sodas and other forbidden foods into their lunch boxes or drive around traffic cones to save a few seconds in the carpool line.

(CNN) -- Most parents wouldn't dream of committing fraud, bribery or other crimes to help their kids get ahead, but a veteran educator says there's no shortage of moms and dads who are willing to bend or ignore school rules to do what they think is best for their child.

Dozens of parents, including actresses Felicity Huffman and Lori Loughlin, are accused of using their wealth to cheat on standardized tests and bribe coaches and administrators in an effort to get their children into elite universities.

"Everybody's just so surprised about this," Gerry Brooks said in a video that's been seen on Facebook more than 5.5 million times since it was posted Tuesday evening. "You know who's not surprised? Every educator in the whole world. Do you know why? Because this kind of thing happens every day in schools."

Brooks, a principal in Lexington, Kentucky, is known for his comedy videos that make light of the issues educators face and has just written a book called "Go See the Principal."

In an interview with CNN, Brooks said teachers have to deal with parents who let their kids skip doing homework, sneak sodas and other forbidden foods into their lunch boxes or drive around traffic cones to save a few seconds in the carpool line.

"This happens all the time. We know it's wrong, we know we don't like it, we don't like it when someone breaks a rule at school, but it's something that we deal with on a regular basis," he said.

Obviously, Brooks said, breaking the law is far more serious than not following school rules, but it sends the same message.

"It's not on the same scale in any way shape or form," Brooks told CNN. "But it is telling our students that 'there's a rule there and I don't think that rule applies to me, so we're not going to follow that rule.'"

In the video, Brooks holds up a magazine featuring a picture of Huffman and Loughlin, who he refers to as "Aunt Becky," after her role in the sitcom "Full House."

"I sent in fast food with my child because it's their birthday, I know we're not supposed to, but I disagree with that school rule that we shouldn't be able to send fast food in for their lunches," he said, quoting an imaginary parent. "You know who else disagrees with school rules? Aunt Becky."

"At what point do you say that it's okay to sign a planner saying that your child read a book when they didn't, as opposed to helping a student on a test so they can get in college?"

The video has been shared more than 80,000 times and many teachers posted their own "Aunt Becky" moments in the comments.

"Guess who makes a right turn from the left lane?....Aunt Becky," one commenter said

"This is spot on. The Aunt Becky parents are ruining their kids. I teach at the high school level, and it's getting more ridiculous every year!" one teacher wrote.

"Parent says the child is sick. Child comes to school the next day and tells how much fun it was at Disneyland," another wrote.

Brooks said he did get negative feedback for criticizing parents for lying about where they live, so their kids can go to better schools, or get on the best sports teams.

He said he can't blame people for wanting to get their children out of an unsafe situation.

"If I was in a school where I felt like my child was unsafe, I couldn't afford to go to a different neighborhood, would I think twice about that? Absolutely," he said.

He said that's a totally different situation than the families in the cheating scandal faced.

"Here's the deal with them. Those children were going to be able to get into a college, they just weren't getting into the college that the parent wanted them to. It's a whole lot different to say that my child's able to get into a school where they feel safe," he said.