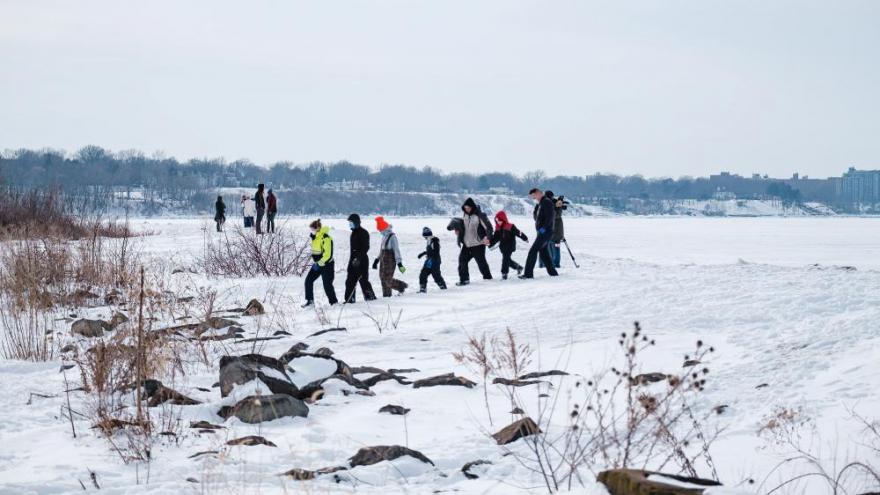 Six of the people stranded were rescued with the Coast Guard's ice skiff, a narrow boat designed for ice rescues, and the other four were taken off the ice by the Cleveland Fire Department, the local Coast Guard said. Authorities didn't address how the group became stranded.

Of the 10 people rescued, three of them were children, and no member of the stranded group was injured, CNN affiliate WEWS reported.

Hours before the stranding, the National Weather Service in Cleveland advised residents to stay off the ice on the lake. The severe winter weather that covered much of the US last week had caused parts of Lake Erie and other Great Lakes to freeze over.

But large holes started to open in Lake Erie's center, the National Weather Service said, meaning chunks of ice could break off from the shore. Wind speeds were starting to pick up over the weekend, too, and could cause the ice floes to drift and strand anyone on them.