Church of Scientology released hundreds of balloons at opening of California church; local officials want to make sure it never happens again 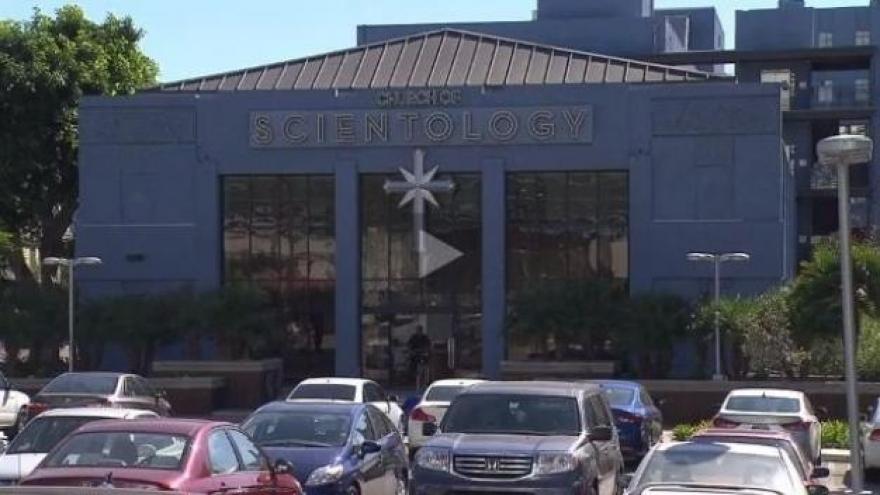 Exterior shot of the Church of Scientology in Los Angeles, California (FILE)

(CNN) -- Officials in California say the Church of Scientology is apologizing after releasing hundreds of balloons during a grand opening of a new church.

Saturday's release of the helium balloons angered Ventura city officials, who fear they will damage the environment in and around their community some 68 miles northwest of Los Angeles.

Remnants of the balloons typically wash ashore or fall to the ground and can end up in the stomachs of marine life and animals.

"This is a community that voraciously defends its natural environment and we will not stand for this type of assault on our environment and animal life," Ventura Mayor Matt LaVere told CNN. "It is completely hypocritical for the church to claim environmental bona fides and then turn around and do a balloon release which does incredible harm to this environment they claim to protect."

LaVere said the church apologized Monday during a city council meeting in Ventura.

Church representatives have been in touch with Ventura city officials over the last several days regarding the incident, Church of Scientology spokeswoman Karin Pouw told CNN in a statement.

"There were misunderstandings on both sides about the City's written approval of a special events permit that allowed the release of biodegradable balloons at the Church's grand opening on Saturday," she said.

Confusion over the balloons

The Church of Scientology applied for a permit with the city for their grand opening, LaVere said. As part of the permit, they asked for a balloon release.

"The city was very clear with them that they would not approve the balloon release," he said. "However, the final permit submitted by the church included language which said 'balloon/confetti release.'"

A junior staffer signed off on the permit thinking the church would take heed of the city's original stance on the balloon release, according to LaVere.

"The church will say they had a permit, but the truth is they knew the city did not want any balloons being released and did not approve the release," he said. That is why church leaders came to city Council last Monday and apologized for what they did and claimed there was a miscommunication."

LaVere cited Surfrider, an environmental organization that works to preserve the world's oceans and beaches, in saying it can take years for balloons to decompose.

Pouw, the church's spokeswoman, said the balloons were biodegradable, but LaVere told CNN they were not.

"They (the church) released latex balloons, and these are the type of balloons often found in the stomachs of dead animals," he said.

A ban on future balloon releases

In order to prevent any communication gaps in the future, LaVere said he and Ventura city council members have proposed a new ordinance that bans the release of all types of balloons.

Coincidentally, the city council passed a citywide ban on expanded polystyrene, commonly known as Styrofoam, at the same meeting. The ban relates to single-use plates, cups, food takeout containers, and packing materials since Styrofoam is not biodegrade and can't be recycled.

Councilwoman Christy Weir told CNN that after an earlier ban on single-use plastics and plastic straws, the Styrofoam ban was a natural next step.

"The timing [of the proposed balloon ban] was good in a way because we had a presentation on our agenda on recycling," she said. "It [waste] just ends up in our rivers and creeks and that's not good for the environment."

Pouw said church volunteers have been participating in weekly beach cleanups throughout the Ventura County for months. The volunteers started daily beach cleanups Tuesday as they "look forward to continuing our collaboration with the County, City and community to make Ventura a cleaner, better, safer place to live and work," she told CNN.

Bans on plastics and Styrofoam are growing

Ventura isn't the only town with Styrofoam bans or balloon restrictions.

The town council of New Shoreham, Rhode Island, got rid of balloons altogether, citing environmental concerns. The 2018 law prohibits the sale and use of balloons throughout the town. Violators are subject to a $200 fine.

In 2019, New York became the largest US city to ban Styrofoam. Other cities that have banned it include San Diego, Miami Beach, Seattle and Washington, DC.