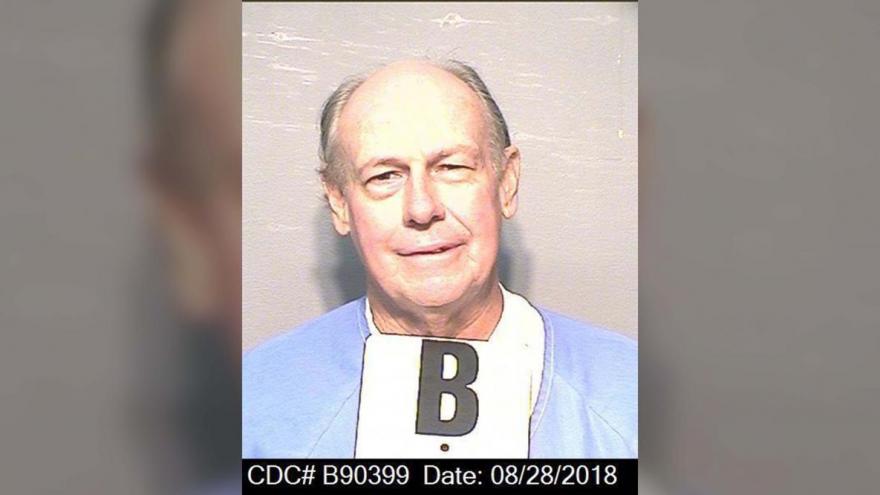 The last of the three infamous Chowchilla school bus kidnappers remaining in prison, Fred Woods, will remain behind bars at the California Men's Colony in San Luis Obispo. Full credit: California Department of Corrections and Rehabilitation

(CNN) -- The last of the three infamous Chowchilla school bus kidnappers remaining in prison, Fred Woods, will remain behind bars at the California Men's Colony in San Luis Obispo.

In 1976, Woods, along with Richard and James Schoenfeld, kidnapped 26 children and their bus driver in Chowchilla, California. The kidnapping was inspired by the 1971 film "Dirty Harry."

All three kidnappers were initially sentenced to 27 life sentences without the possibility of parole. Today, Woods was denied parole for the 17th time, according to information provided by the California Department of Corrections and Rehabilitation. Richard was paroled in 2012; his brother James walked out of prison a free man just a few years later in 2015.

The children were driven about 100 miles away to a remote quarry and forced into a moving van buried six feet underground while their kidnappers asked for a $5 million ransom. For 16 hours, they waited for either rescue or death. It was the largest mass kidnapping in US history.

Ultimately, none of the 26 children or their bus driver Edward Ray were physically harmed, but the trauma has had "a multi-generational effect," survivor Jennifer Brown Hyde told CNN.

Brown Hyde said she was nine years old when her childhood ended on that bus in Chowchilla, but says it has not defined her.

In the last 43 years, coping with being kidnapped and buried alive has been a journey.

"It eases as I get older, but as I had children it got harder," she said. "As they get older, it's gotten easier. It doesn't ever leave you, it's a matter of how well you cope with circumstances that you are put into."

On today's decision, she said she "doesn't give much thought on Fred Woods."

Woods will be eligible to go before the parole board again in 2024.

Correction: A previous version of this story mischaracterized the kidnapping. It was inspired by the 1971 "Dirty Harry" film. The headline and article have been updated.