The charges against Ghislaine Maxwell in her federal sex trafficking trial, explained 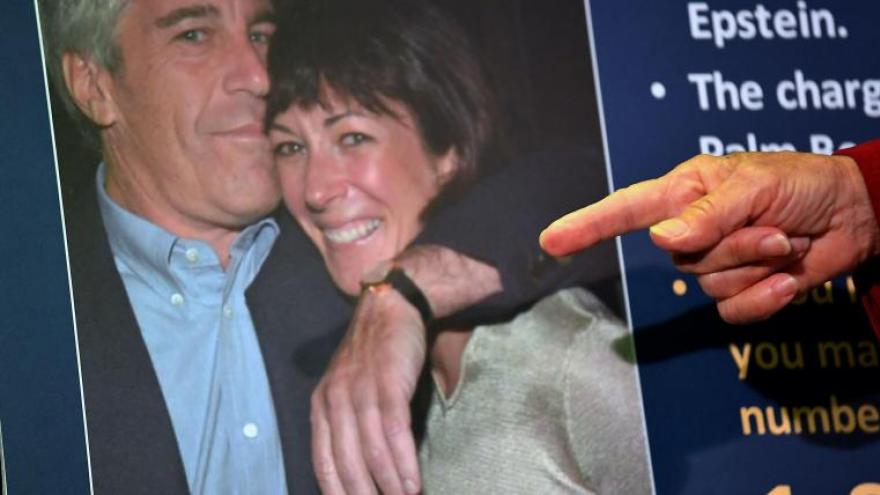 (CNN) -- Ghislaine Maxwell was found guilty on five of six counts in her federal trial in New York related to what prosecutors said were her efforts to groom and traffic underage girls to be sexually abused by her close companion Jeffrey Epstein.

The jury, made up of six men and six women, reached its verdict on Wednesday. Maxwell faces up to 65 years in prison.

The charges all relate to testimony from four women who say Maxwell facilitated their sexual abuse -- and sometimes participated in it as well -- more than a decade ago when they were under 18. Yet as the 83-page jury instructions explain, some of the women were more important to the charges than others because of their age at the time and their specific allegations.

Her defense sought to undermine the accusers' memories and motivations during cross-examination. It also argued prosecutors are trying to scapegoat Maxwell only because Epstein, the sex offender and elusive financier, died before he could stand trial.

Here's a look at the six charges in detail and which accusers are associated with which charges.

The most serious charge against Maxwell was sex trafficking a minor, a charge punishable by up to 40 years in prison.

Sex trafficking applies to anyone who "knowingly in or affecting interstate commerce, recruits, entices, harbors, transports, provides, or obtains, by any means a person ... knowing that ... the person has not attained the age of eighteen years and will be caused to engage in a commercial sex act," according to the jury instructions. The jury can also find her guilty of aiding and abetting the crime.

This charge solely relates to Carolyn between 2001 and 2004.

Using only her first name, Carolyn testified that she was 14 years old when she began to go to Epstein's home in Palm Beach, Florida, two or three times per week in the early 2000s. There, she engaged in sexualized massages with Epstein that Maxwell helped facilitate, Carolyn said.

Each time she visited, $300 in cash was left for her on the bathroom sink, she said. She estimated that she went over 100 times in all.

On one visit, Carolyn was setting up a massage room for him when Maxwell came into the room. Maxwell touched Carolyn's breasts, hips and butt, and commented that she "had a great body for Epstein and his friends," according to her testimony.

Maxwell and Epstein also invited her to go to an island, but she told them she was too young, her mom wouldn't let her travel out of the country and she didn't have a passport, she testified.

On cross-examination, defense attorney Jeffrey Pagliuca highlighted notes from a 2007 FBI interview in which Carolyn did not mention Maxwell by name, as he sought to show that Maxwell was not a key player in the abuse. Carolyn did mention, however, a "woman with short black hair and an accent" in that FBI interview.

"Miss Maxwell was not the topic of discussion at that time," Carolyn explained.

In deliberations, the jury asked the court to see those FBI interview notes, but the judge explained that the document is not in evidence and so cannot be produced. Still, some excerpts were read aloud during Carolyn's cross-examination, and those were given to jurors in a transcript of her testimony.

Enticing a minor to travel and transporting a minor

She was acquitted of the enticing charge but convicted of transporting a minor.

Jane, who testified under a pseudonym, said that she met Maxwell and Epstein in 1994 when she was 14 at a camp where he was a benefactor. They took an interest in her and Maxwell came to feel like an older sister, Jane said.

"It changed when the abuse started happening," Jane said.

She described in graphic detail incidents of sexual abuse with Epstein that Maxwell would at times join in on, both in Palm Beach, Florida, and Manhattan when she was 14, 15 and 16 years old.

On cross-examination, defense attorney Laura Menninger asked her a series of questions about statements in which Jane told law enforcement agents that she wasn't sure if Maxwell ever touched her and she didn't remember Maxwell ever being present for any sexual activity. Jane repeatedly said she didn't recall if she'd said that to investigators.

The transporting charge is punishable by up to 10 years in prison.

A person can be guilty of a conspiracy if they agree with someone to do something illegal and take an overt act toward that goal. They do not have to actually commit the underlying offense to be found guilty.

Because of that, these allegations against Maxwell are more expansive and include multiple accusers and a larger time span.

The conspiracy to entice and conspiracy to transport charges stretch from 1994 to 2004 and relate to allegations by all four accusers: Jane, Carolyn, Kate and Annie Farmer.

Kate testified she was 17 when she first met Maxwell, who invited her to a townhome in London and instructed her on how to give Epstein a massage. These massages soon became sexual, Kate testified. Judge Alison Nathan instructed the jury that they can consider Kate's testimony but cannot convict solely based on her story because she was over the age of consent at the time.

Farmer, the only accuser who used her full name, testified that she was 16 when Maxwell gave her an unsolicited massage while she was topless at Epstein's New Mexico ranch in 1996. Farmer also said Maxwell directed her to massage Epstein's bare feet. During Farmer's testimony, the judge told jurors they could consider her testimony but said it did not constitute illegal sexual activity as charged in the indictment.

Lastly, the conspiracy to commit sex trafficking charge dates from 2001 to 2004 and relates to multiple alleged victims, including Carolyn.

Each of the conspiracy counts is punishable by up to 5 years in prison.