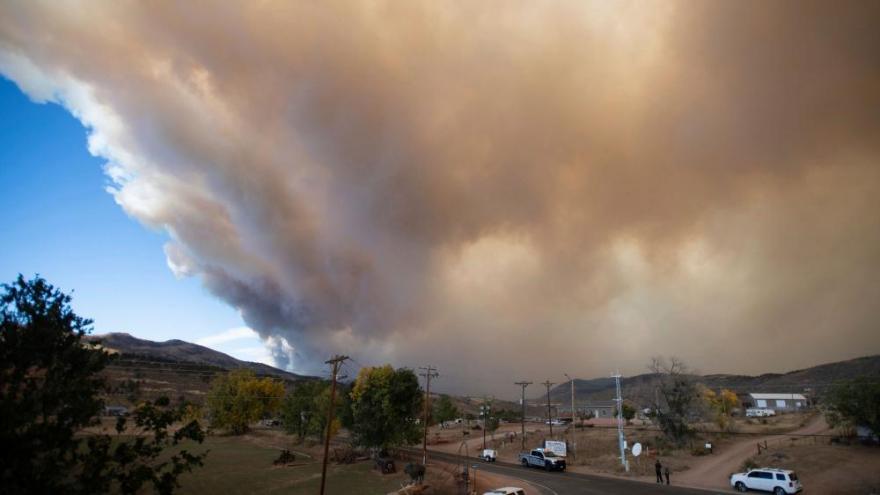 The Cameron Peak Fire in Colorado is the largest in the state's history.

The blaze has burned through more than 164,000 acres and is 56% contained, officials said Thursday afternoon. It was ignited on August 13 and has since been fueled by high winds and dangerous terrain that's worked against firefighters' efforts to battle the flames and increase containment.

"Residents and business occupants should evacuate the area immediately and as quickly as possible due to immediate and imminent danger," the office said.

"Do not delay leaving to gather belongings or make efforts to protect your home or business. Evacuating immediately not only supports your safety, but also allows emergency crews better access to the area."

An American Red Cross spokesperson said in a statement volunteers were working to find shelter for evacuees, according to CNN affiliate KUSA.

"The Red Cross is still sheltering individuals that were displaced by the fire before today and with the new evacuation orders we are working hard to make sure everyone who needs a roof over their head will have shelter tonight," the spokesperson said, according to the affiliate.

Officials say they expect the fire to be contained by November 8. Its cause remains under investigation.