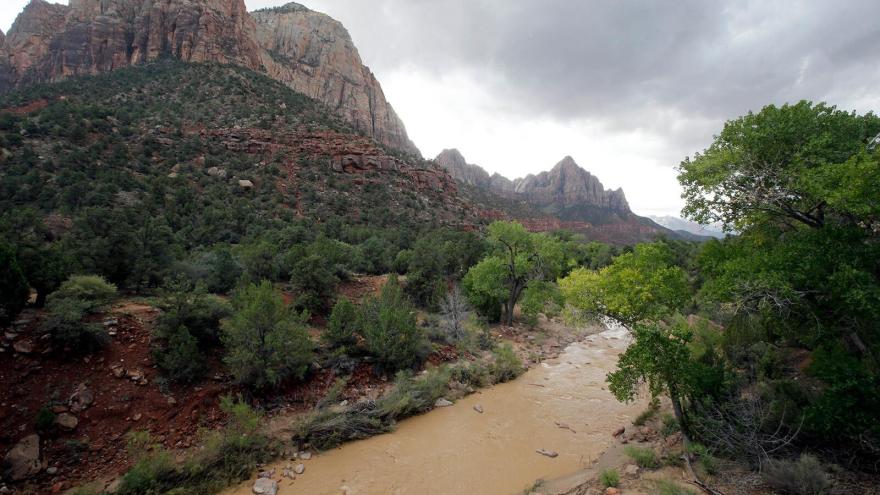 The Virgin River is seen here in September 2015, in Zion National Park. Rescue workers have recovered the body of a hiker reported missing when a flash flood struck Zion National Park in southwestern Utah last week.

Jetal Agnihotri of Tucson, Arizona, was found dead Monday in the Virgin River near the Court of the Patriarchs at the park, National Park Service officials said in a news release.

"Our deepest sympathy goes out to the friends and family of Jetal Agnihotri," Zion National Park Superintendent Jeff Bradybaugh said.

Agnihotri was reported missing Friday evening after she didn't return from a trip in the Narrows. That day, torrential rains brought flash floods to the Narrows area, where there were reports of rushing waters sweeping multiple hikers off their feet near the Temple of Sinawava, according to the park service.

After several rescues, park officials said they believed all missing hikers had been found and accounted for by Friday afternoon -- including one person who had been swept downstream several hundred yards. Later that evening, Agnihotri was reported missing.

She was found days later about 6 river miles south of the Narrows, according to park officials. The Washington County Sheriff's Office said investigators are working with Zion Park Rangers and a medical examiner to determine the cause of death.

More than 170 responders from multiple agencies fanned out across the park in a four-day search and rescue operation for Agnihotri, with swift water trained rescuers and search dogs working along the edge of the Virgin River, inside and outside the park.