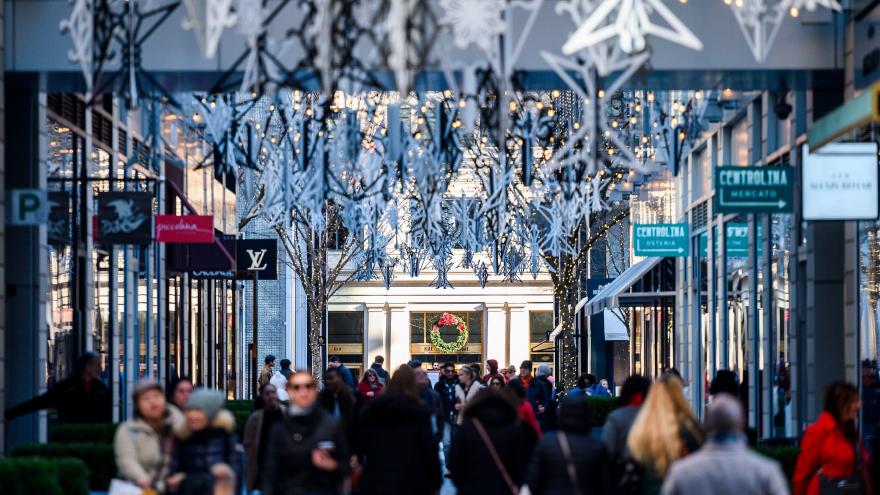 Saturday, December 21, also known as Super Saturday, was US retail's best day ever, pulling in a record $34.4 billion, according to Customer Growth Partners, a consulting and research firm. That totaled more than four times the sales from this year's Cyber Monday.

"Paced by the 'Big Four' mega-retailers — Walmart, Amazon, Costco, and Target — Super Saturday was boosted by the best traffic our team has seen in years," said Craig Johnson, president of the firm. "The spending momentum was so strong that even the long-ailing department stores had their best weekend of the season."

Customer traffic was down at most malls, but the proportion of customers who made a purchase during their visit rose, according to the firm. The firm's holiday analysis is based on weekly quantitative surveys the company conducts with retailers. Customer Growth Partners has tracked this data since 2005.

An estimated 147.8 million people intended to shop on Saturday in the United States, up from 134.3 million last year, according to an annual survey released last week by the National Retail Federation and Prosper Insights & Analytics.

Retail experts attributed Saturday's huge increase to a shortened holiday season — there were six fewer days between Thanksgiving and Christmas this year than in 2018 — and a growing economy.

Retail sales in November and December will grow between 3.8% and 4.2%, to up to $730 billion, the National Retail Federation forecast.

The strong holiday will cap off a mixed year for US retailers.

This year, US retailers announced 9,302 store closings, a 59% jump from 2018 and the highest number since Coresight Research began tracking the data in 2012. Bankruptcies in the retail sector increased and many struggling chains cut stores. That led to a spike in closings.

But some traditional chains had strong years and have adapted to the shift to online shopping. Target's stock has increased 94% this year, while Costco and Dollar General are both up 44%.