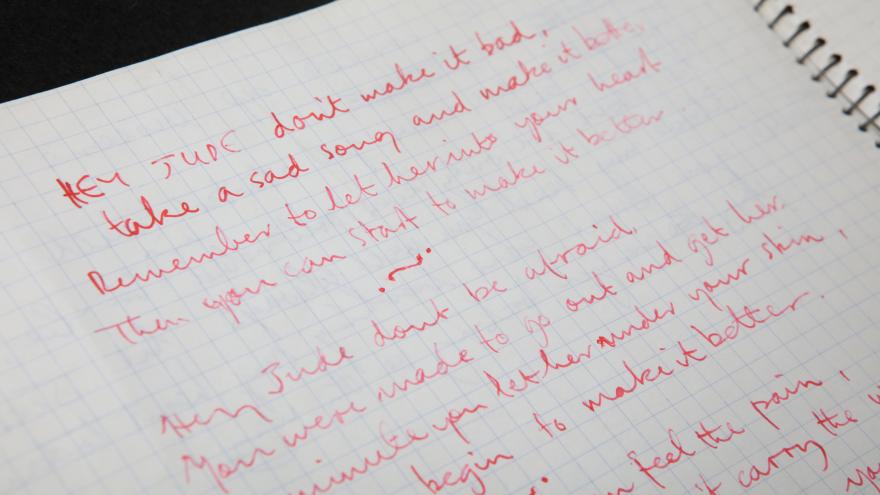 (CNN) -- A rare notebook featuring handwritten lyrics and recording notes from hit songs by The Beatles is set to go on display at a museum in Liverpool, England.

Collated from 1967 to 1968, the previously unseen notebook contains preliminary handwritten lyrics for "Hey Jude" by Paul McCartney, a part-lyric for "Sgt Peppers Lonely Hearts Club Band," and George Harrison's recording notes for "All You Need Is Love."

It contains doodles by all four members -- John Lennon, Paul McCartney, George Harrison and Ringo Star -- and reveals some of the inspiration behind the seminal rock band's 1967 album "Sgt. Pepper's Lonely Hearts Club Band," as well as their self-titled record "The Beatles" released a year later.

The notebook belonged to the group's tour manager Mal Evans, according to a press statement from The Beatles Story museum, where the notebook will be exhibited from February 2022. 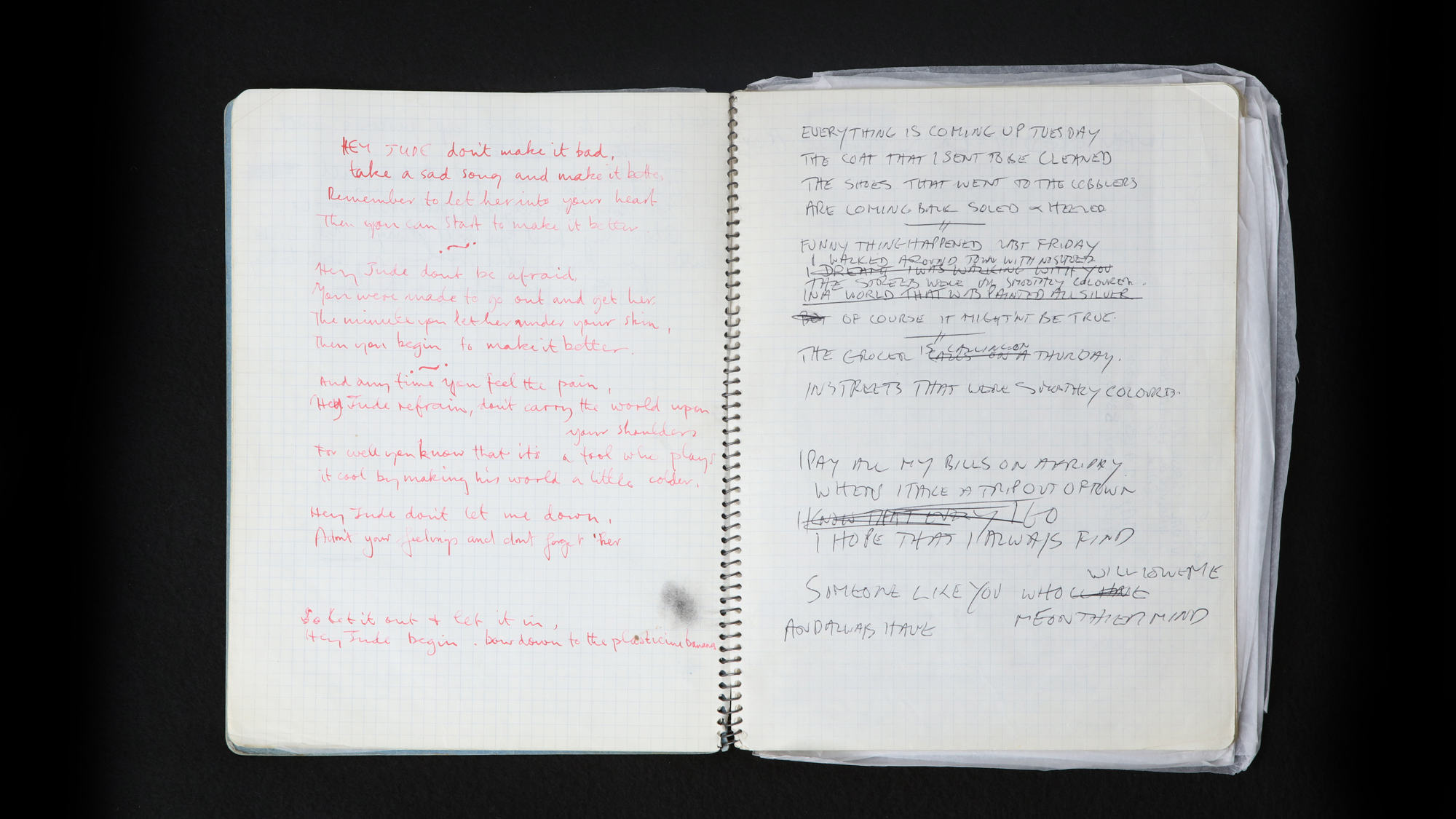 Mal Evans' widow, Lily Evans, put the notebook up for auction at Sotheby's in 1998, over two decades after her husband's death in 1976. It was sold to Liverpool businessman Alan Murphy for £100,000, the museum confirmed to CNN.

Born in Liverpool, Mal Evans became The Beatles' road manager in 1963, and was part of the band's "trusted inner circle," the press release said.

He appeared in Peter Jackson's 2021 docuseries "The Beatles: Get Back."

Formed in Liverpool in 1960, and breaking up in 1970, The Beatles' legacy far outlasts their 10-year run as one of the world's most influential rock bands.

The award-winning group earned 19 No. 1 Billboard Hot 100 hits across their career, according to the Grammy Awards website.

They swept the music industry by storm with era-defining album covers, genre-defying records and Beatlemania -- the term coined to describe the fanatical hype surrounding the band.

Band member Paul McCartney has since collaborated with artists including Stevie Wonder, Rihanna and Kanye West.