'The Batman' soars to a big box office opening 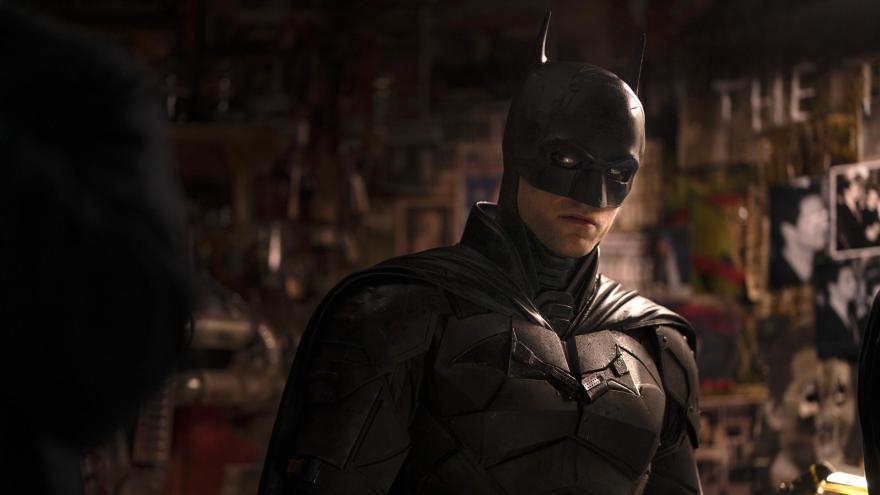 (CNN) -- Theaters needed a hero, and they got one in a big way this weekend.

"The Batman" — which stars Robert Pattinson as the Caped Crusader and Zoë Kravitz as Catwoman — notched an estimated $128.5 million at the North American box office this weekend, according to its studio Warner Bros. (Warner Bros., like CNN, is a unit of WarnerMedia.)

The opening flew past industry expectations that had the movie making closer to $100 million. It stands as the best opening of 2022 so far.

The total also represents one of the largest openings for the Dark Knight. And that's saying something considering that Batman is one of cinema's most popular brands. Films based on the character have hauled in more than $5 billion at the worldwide box office since 1989's "Batman."

On a symbolic level, this type of opening is exactly what both Warner Bros. and theaters needed right now.

For the studio, "The Batman" marks a return to the exclusive theatrical experience following a year of releasing films on its streaming service, HBO Max, and in theaters at the same time. This weekend's numbers show there's still a lot of strength in releasing a film exclusively to theaters.

As for the theater industry, "The Batman's" box office is another step towards normalcy after two years of stops and starts because of the pandemic.

"The Batman" making $128.5 million is also impressive considering that the film was both lengthy — and decidedly grim.

Clocking in at two hours and 56 minutes, it's one of the longest superhero movies ever made. That extended run time makes it hard to maximize screenings, and thus tickets sales. Also, the film's violent, dark tone isn't exactly family friendly, so that likely kept some ticket buyers from bringing kids to the movie.

Despite all of that, it clearly found an audience, likely helped by the stellar reviews.

"The Batman" notched an 85% score on Rotten Tomatoes and an "A-" CinemaScore from audiences.

CNN's Brian Lowry wrote in his review that the film is "a dark and serious epic."

"'The Batman' presents a muscular vision of the Dark Knight that hardcore fans have long desired," he said.

So what's next for the box office adventures of "The Batman"? Likely more money.

March is wide open for the film since there's really not much competition for the rest of the month. The next potential big money-maker, Sony's "Morbius," doesn't hit theaters until April 1.