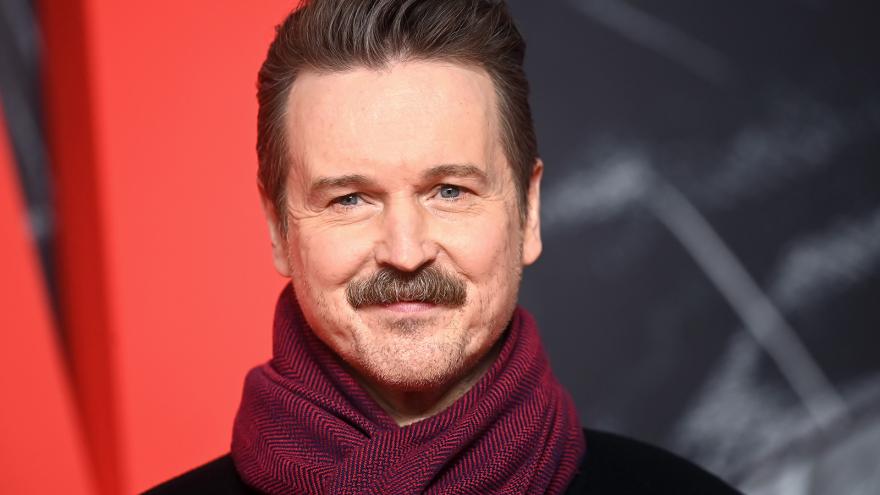 (CNN) -- Spoiler warning: At the end of "The Batman," director Matt Reeves has a scene where Paul Dano's The Riddler is at Arkham Asylum, sharing a cell with an "Unseen Arkham Prisoner" with a distinct laugh.

Reeves has since revealed that the character, played by actor Barry Keoghan, is The Joker.

An earlier scene between Robert Pattinson's Batman and the character at the prison was cut, according to Reeves, who discussed all this on director's commentary for "The Batman."

"A lot of people ask me, 'Is this a set up for another movie?' and to be honest it really isn't," Reeves says in the commentary. "This for me was tracking because Paul and The Riddler was in the action of the third act in a very particular way, and the last we'd seen him he was saying 'Boom!' in his window as the bombs went off, and we hadn't yet seen him take in the fact that Batman had been able to pull things back from the brink and that his plan had not played out, I really wanted to see the end of that arc for Riddler."

Reeves continued: "So that was critical, actually, to the ending of the movie and to the finishing of the Riddler's arc as well. What we'll do with these characters in the future remains to be seen, but it was never meant to be an Easter egg scene, to say like, 'Oh guess who we're using in the next movie.' It was meant to be something delicious for the audience to sort of experience those two characters meeting, and in fact for the Unseen Prisoner to say to him, 'Riddle me this,' which is of course right out of 'Batman' 66."