The Arctic sea ice has shrunk to the second lowest number ever recorded, and scientists say it will get worse 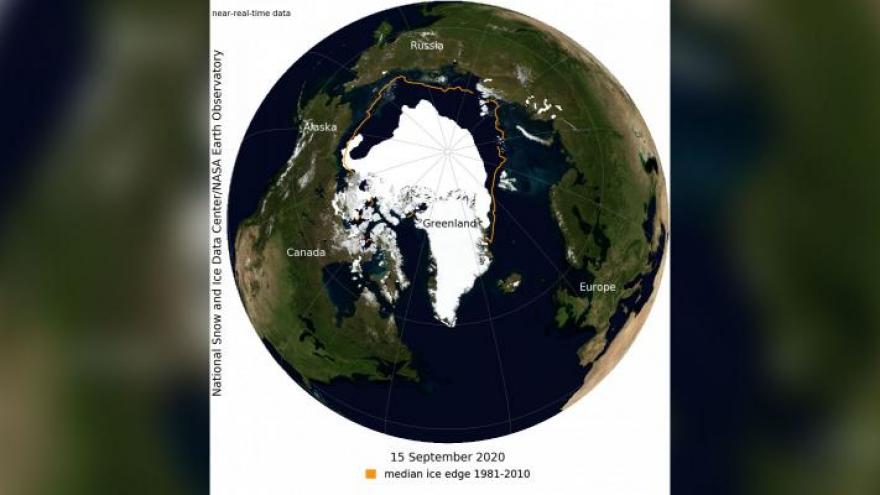 (CNN) -- Scientists believe the Arctic sea ice, or the floating ice cover of the Arctic Ocean, has reached its minimum extent for the year, shrinking to the second lowest extent since record-keeping began in 1978.

"This is telling us that the Arctic Ocean is on a trajectory to have a seasonally ice-free Arctic Ocean, and this year is another nail in the coffin," NSIDC director Mark Serreze told CNN.

"The 14 lowest sea ice extents have occurred in the past 14 years. It never got any better, and there is no indication of recovery. We are in a new Arctic, something we have never seen before."

Arctic sea ice generally reaches its minimum extent in the middle of September, allowing scientists to analyze the overall health of the ice cover.

If the Arctic continues its downward trajectory, which Serreze says it most likely will, there could eventually be no ice in the Arctic during the late summer.

This poses a detrimental risk to ocean ecosystems all the way from phytoplankton to top predators such as polar bears and seals, which depend on the ice to hunt for food.

"This is going to have major impacts on local marine and terrestrial ecosystems. With less sea ice, phytoplankton blooms are increasing, but for animals like polar bears, they are losing their home," Serreze sad.

"As we get to this seasonal ice-free state, we will also see the Arctic become much more prominent for all kinds of geopolitical issues like shipping lanes."

The melting ice is yet another clear sign of global warming, and was caused in part by the 100-degree Fahrenheit heat waves in Siberia that occurred in June and massive forest fires that have ravaged parts of the Western United States, according to Serreze.

"It seems like 2020 is going to down as the year when it's the end of any plausible denial of climate change. Any individual event can be blamed on weather, but putting it all together with the heat waves, the fires, the hurricanes and tropical storms, nature is telling us something," Serreze said.

"It's us. This is all us. Our heat waves are getting hotter, the cold waves are not as cold. As Pogo said, we have met the enemy, and they are us."