The Arctic is warming four times faster than the rest of the planet, new research shows 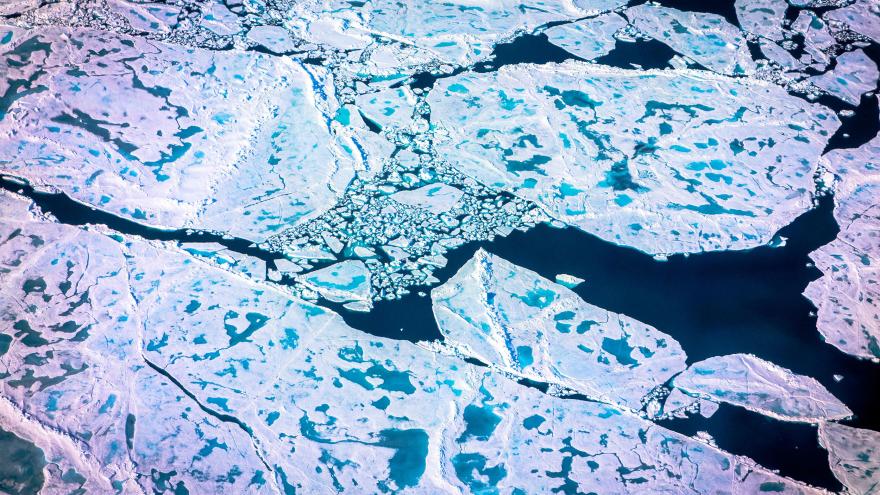 (CNN) -- As sea ice vanishes, Greenland melts and wildfires scorch the planet's northernmost forests, new research confirms what scientists are sounding alarms about: the Arctic has warmed much faster than the rest of the world in the past several decades.

The phenomenon, called Arctic amplification, is caused by the heat-trapping emissions from burning fossil fuels. The pace of the temperature increase around the North Pole in recent decades was four times higher than the rest of the planet, researchers at the Finnish Meteorological Institute found in a study published Thursday.

Another problem: Climate models, which scientists used to predict long-term change, are not capturing this high rate of warming, lead author and researcher Mika Rantanen told CNN, which was part of this study's motivation. That's concerning because if the models can't recreate what's happening right now, scientists can't be confident in their long-term predictions.

The study, published in the journal Communications Earth and Environment, analyzed temperature trends in the Arctic Circle between 1979 and 2021 — the modern era of satellite data. They found the rate of warming is particularly high in the Eurasian region of the Arctic, especially the Barents Sea, which has warmed seven times faster than the global average.

Recent data revealed that the annual average temperature in the Barents region climbed by as much as 2.7 degrees Celsius (4.9 degrees Fahrenheit) each decade in the past 20 to 40 years, making the Barents Sea and its islands the fastest warming location on the planet.

Climate change has triggered a rapid loss in sea ice in the Arctic region, which in turn has amplified global warming. Bright white sea ice reflects solar energy back to space, but when it melts, the dark ocean absorbs that heat.

John Walsh, chief scientist at the International Arctic Research Center in the University of Alaska Fairbanks, said the study's timeframe really homed in on the Arctic amplification phenomenon, which has been more significant in the past several decades than the early and mid-1900s.

"The Arctic amplification is unmistakable," Walsh, who is not involved with the study, told CNN. "It's more than a factor of one; it's a factor of several — whether it's two or three or four — and I think that doesn't change the fact that the Arctic is warming faster than the rest of the world."

Last year's annual Arctic Report Card, which was published by the National Oceanic and Atmospheric Administration, found that the Arctic region is warming faster than the rest of the Earth and is rapidly losing ice cover, transforming the typically frozen landscape to a greener and browner one than it was just roughly a decade ago.

All these findings also reflect the most recent UN state-of-the-science report on the climate crisis, which found the Arctic will continue to warm faster than the rest of the planet as long as humans continue to burn fossil fuels and release greenhouse gases into the atmosphere.

"The Arctic is really more sensitive to global warming than previously thought," Rantanen said. "Only time will tell. Let's see how this will evolve in the future."